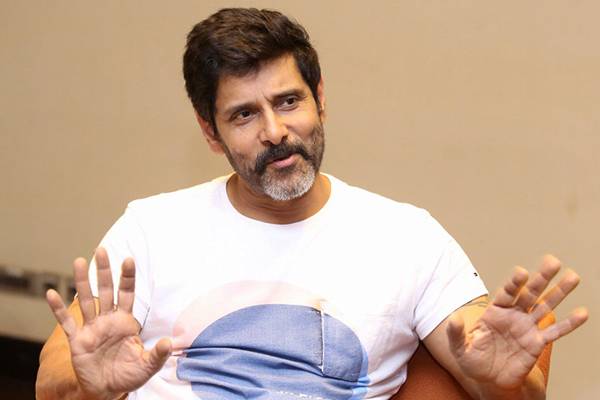 Chiyaan Vikram is literally breaking the ice of taking long hiatus between each project. While last year had couple of releases including Saamy Square and Sketch, 2019 looks much more promising as he has Gautham Vasudev Menon’s Dhruva Natchathiram and Rajesh M Selva’s Kadaram Kondan, produced by Kamal Haasan. Both the films are close on the heels of wrapping up with the shooting. On the other hand, Vikram is also lining up few more biggies like ‘Karna’, which will be a multi-lingual movie.

During this interim, we get to hear interesting information that ‘Imaikka Nodigal’ fame Ajay Gnanamuthu will be directing his next movie. This untitled film is produced by none other than Seven Screen Entertainment,, who had earlier distributed Vijay Sethupathi-Trisha starrer 96. The pre-production phase of finalizing others in the cast and crew are happening on full swing. If everything goes by plan, the shooting of this film will be commencing from this April.