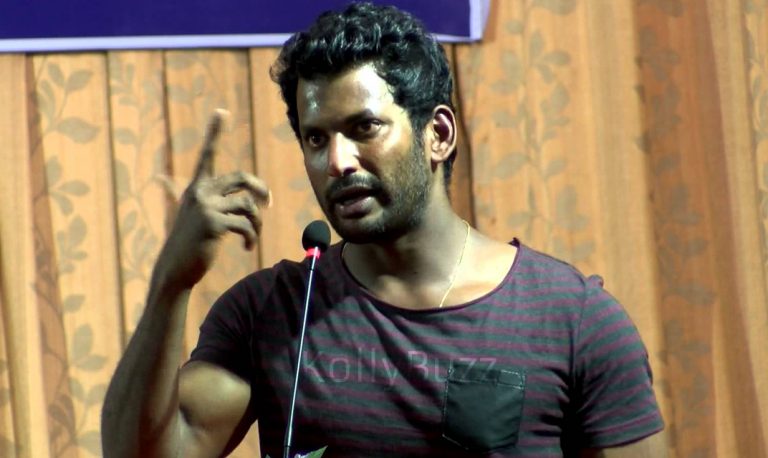 Actor Vishal has been the first one to raise his voice in favour of Tamil film industry. Even before getting into the status of high positions for Nadigar Sangam and Producers Council, it has been natural gesture. Now he has expressed his strong condemnation against BJP for causing issues over Mersal. It has been a sensational topic for the past couple of days, where the political party is insisting to remove dialogues on GST. In this context, Vishal has written saying, “It’s a basic right for every individual to express their freedom of speech. When the most powerful countries like USA, where Hollywood movies make its comments on president, it shows the real democratic nature. I earnestly appreciate director Atlee, Producer Murali and actor Vijay for their great effort to convey a good social message.”

Meanwhile, Mersal is making a good show in all centres grossing good collections. The film has already reached profit zones in many centres that include Kerala and ROI. The overseas box office figures are faring well with good numbers too.