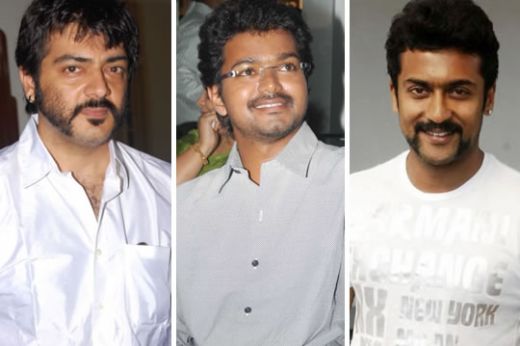 “Mass” this one word is a real Mantra for many fans across the world, when they want to prove the highness of their favorite, fanatics will use the word “Mass”. Well, Tamil cinema produced many mass heroes and every one knew that  MGR, Rajini, Ajith ,Vijay are the top idols for many. These hero’s are there in the heart of millions. When they utter a punch dialogue onscreen whistles and clap decibels will shatter the entire theater. But what actually made them mass heroes ? They didn’t attain such a status overnight. To be honest they are intelligent, hardworking actors almost equal to the method actors aka critically acclaimed actors.

It is not easy to portray a  larger than life hero in films. one should make the audience to believe that you are a super hero and it is not a cake-walk.Many of our generation actors couldn’t make it possible,because their ideology to become a mass hero is completely wrong. Let me explain with so many clear cut living examples.

When you think about Rajini, many will think his films from  Annamalai but you should just rewind his history. This man made a close contact with TN people not only by speaking punch dialogues. He started in KB school and his combination with Mahendran produced some evergreen epics like Mullum Malarum, Jaani and no one can forget his heart haunting act in Aarilirunthu Arupathuvarai. Of course he acted in commercial films. But everyone forget one major point, he will give importance to story and characterization of others too .Just consider Annamalai -Ratharavi, Badshah- Raguvaran, Padayapa-Sivaji,Ramyakrishnan, Chandramukhi-Jyothika and his film will have a interesting plot like 30days 30crores formula in Arunachalam. He didn’t concentrate on punch dialogues alone, instead he used punch dialogue which suits his characterization in the film.

One may criticize Vijay’s flop mass masala films like Villu,kuruvi,Sura but can you give me a reason for his hit mass films like Ghilli,Thirupachi,Sivakasi, Velayutham, Thirumalai etc., the underlying truth is story and other characters in the film. who can forget Prakash Raj’s character in Ghilli?. In Thirumalai Vijay’s characterization as a pudhupettai mechanic made it a hit, Sivakasi ,Madhurai,Thiruppachi striked the chord with the Shadow of Ghilli. Many said after Aadhi ‘s failure Mass film won’t suit for Vijay but Pokkiri is a blockbuster because of the story and characterization.Velayudham had the same commercial elements which is also present in Sura and Kuruvi but the story line and characterization of genelia, dialogues and a intelligent director who knew the audience pulse made it to a hit .Similar to Rajini he acted in feel-good films like Kathaluku Mariyathai, Kushi,Poove Unakaga and Thullatha manamum Thullum and found a place in  audience heart at start.

Recently many criticized Ajith’s Billa2 and even they said that Ajith acting stereo typically with the coolers and stylish formula, well in the next Vishnuvardhan film Ajith can deliver a massive success with the same stereotypical stylishness, provided with a engaging screenplay and a good story.Ajith slowly started this stylish quotient to be honest he is intelligent, he tried the mass hero strategy through Jana,Anjaneya,Thirupathi and from the failures and with the collaboration of a intelligent director like Vishnuvardhan he redefined his mass image and similar to Rajini he started his carrier with feel-good ,heart haunting films like  Kathal Kottai,Aasai and different films like Vaali, citizen.

Even Suriya’s Singam is a hit only because he established himself as a good actor in various films like Varanam ayiram,Ghajini,Nantha etc., and Singam’s Screenplay sculpted with a stupendous speed. Vikram is also highly successful in delivering mass films like Dhil, Dhool, Saamy but he starved for 10 years and proved himself with Pithamagan, sethu .Vikram and Suriya are in the lines of Kamalhassan they can sail in two boats i.e., mass and critically acclaimed films. No one can forget Kamal’s massive mass films like Sagala Kala vallavan.

Some Hero’s tried really hard to attain such a status but they forget the initial stages of the mass heroes which we mentioned, they are trying to be a mass hero at start which is highly impossible. At the end of the day people makes the film not for the heroism but for a different story and engaging screenplay. one can find a place in people’s heart only via good films and even the mass factor will work only with good stories.