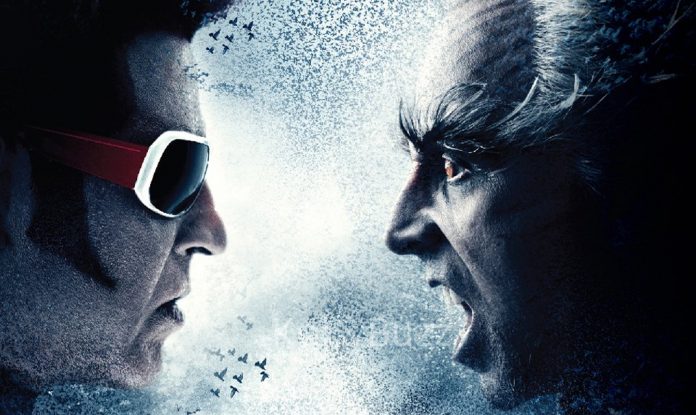 Superstar Rajinikanth fans might have been little disappointed that makers of 2.0 have scheduled audio launch in Dubai. To everyone’s surprise, the news is out that Zee network will telecast the event Live on its satellite platform. It is worth mentioning that Zee has acquired the satellite rights of 2.0 for a whopping price of 110Cr. This includes all the three versions of the film in Tamil, Telugu and Hindi.

The audio launch of 2.0 will be held on October 27 at Burj Park, Down Town Dubai, where tickets are being sold. This includes even VIP Table packages as well. Moreover, the bookings for this audio launch event have opened online at 2pointzeroaudiolaunch.com.

This is going to be a real big event as AR Rahman will be performing the songs Live for his fans.

2.0 is getting very close to the completion and will have the worldwide theatrical release on January 25, 2018. The audio launch will be followed by teaser release on November 22 in Hyderabad. The theatrical trailer release date is yet to be finalized and probably for birthday of Superstar Rajinikanth.