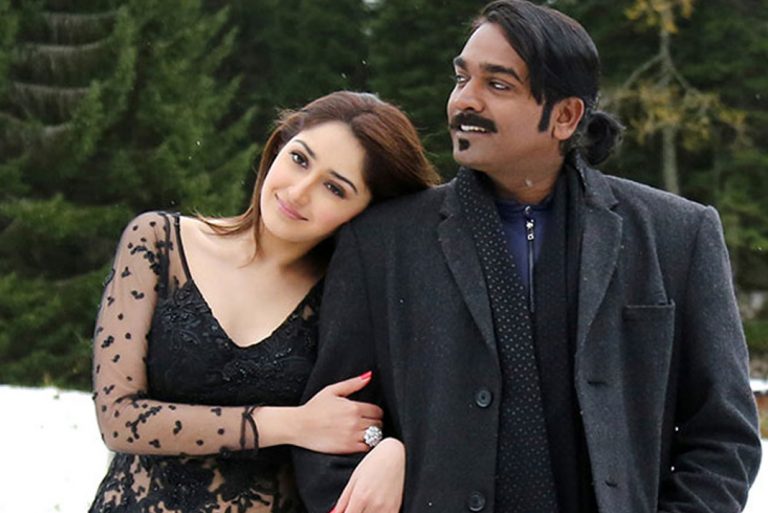 Gokul’s spontaneous humorous sense in writing and his knack to compose scenes have been evident in his previous movies. Over here, he follows the same formulae, which when blended with Vijay Sethupathi’s trademark performance works out well. Earlier, this duo had its deliberate treat for fans through Idharkuthane Aasaipattai Balakumara. This time, the treatment gets different as it is set against the grandeur backdrops. What connects Vijay Sethupathi’s role with many audiences could be a well connecting factor of reality. The ‘Stinginess’ of the protagonist evokes humour in many places. It could be a simple and ordinary one when narrated by you to someone, but as viewed on screen will have its impact.

Watch out for the scene, where Yogi Babu says, “The guy is in deep sleep and you don’t prefer killing someone in this state, right? So, I have to wait idly here.” Vijay Sethupathi replies, “Why waste your time? Put my mobile on charge”. The very previous scene, where the team leaves by jeep to kill the person and Vijay Sethupathi turns the journey into share auto drive is the ultimate laughter. There are few situational instances, where Gokul tries to adapt the filmy spoof like dialogues – “Success Party Vachae Naasama Poitaanunga’ and ‘Poet-U Dinesh’. Not to miss Saranya Ponvannan say, “Baasha Padam Ella Theatrelayum Oduchi, but Namma Theatre la Mattum padam flop,” and the reason she tells is rib-tickling one.

Well, by this time, these exemplifications would prove as samples that how hilarious ‘Junga’ happens to be. The first half with almost 90 minutes doesn’t stretch anywhere and swifts in good momentum. In contrast, the post-intermission scenes slightly get dragged, say, for nearly 20-25mins, which could have been trimmed. Actually, this happens every time when a genre like ‘Dark-Comedy’ is attempted anywhere. There are few mass moments in the 1st half, which should have been extended to the second hour too.

Siddarth Vipin’s BGM is good and couple of songs is good, though Vijay Sethupathi doesn’t settle well with choreography. Few songs like final one are unwanted for the script as it hampers the pace, although, it is beautifully shot. Action sequences by Anbariv are remarkable and this is the first time, we see Vijay Sethupathi so much powerfully portrayed. The beautiful locales of France and European countries are splendid.

When it comes to the performance of other actors – Saranya Ponvannan, the old granny and Yogi Babu steal the show. Naan Kadavul Rajendran, Madonna Sebastian appear in cameo roles with Sayyeshaa appearing as Barbie girl on post-cards. If the romantic episodes between her and Vijay Sethupathi were extended, she would have got some more substantiality.