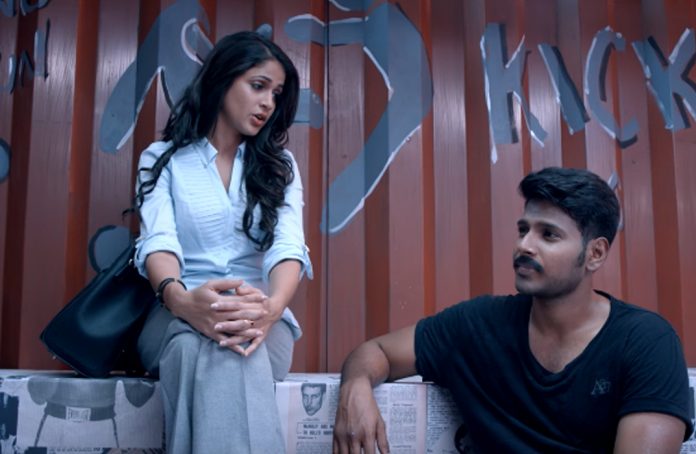 CV Kumar is far-famed for delivering some of the best movies in Tamil cinema over the past couple of years. As a producer, he has gained an immense recognition and now makes his directorial debut through the movie ‘Maayavan’. The film features Sundeep Kishan, Lavanya Tripati, Jackie Shroff and Daniel Balaji in lead roles. Ghibran has composed music and Gopi Amarnath has handled cinematography.

After a police officer (Sundeep Kishan) recovers from treatment after a gruesome injury while trapping a murderer, he resumes his job. He is offered by his higher official to handle the case involving mysterious murder of an actress (Akshara Gowda). Sundeep Kishan then traces some similarities between the patter of this murder with the one involving his injury. This exposes him to unimaginable series of twists and turns throughout the course of hunting down the murderer.

As a producer, CV Kumar has encouraged and translated many great ideas into celluloid. Well, he brings in the same efforts as a filmmaker too with a unique concept that many had never attempted before. By the first few minutes into the film, we are completely commuted to the world of ‘Maayavan’, which prepares us for series of twists and turns to follow. The characterizations have been carefully sketched and so is Nalan Kumarasamy’s screenplay. But, the raciness goes missing in few places, which could have been scrupulously handled. The editing cuts and narration should have been much faster in few points, which would have made ‘Maayavan’, an impressive thriller.

Sundeep Kishan should give more attention in modulating his tone, body language and mannerisms. He is so casual with his performance that is appreciable, but it definitely needs a much matured tone for a cop role. Lavanya Tripati does nothing a psychologist, but appears most of the times as a fashion designer with highly elegant attires. Daniel Balaji goes in complete accordance to what the role deserves. Jackie Shroff is classy with his looks and attitude that he delivers.

Maayavan scores the best with its concept, but if it was presented with much more efforts, it would have been significantly termed as ‘Best Taut Thriller of this Year’.

Boasts of a never-seen-before story, but slightly gets down the pace in narration