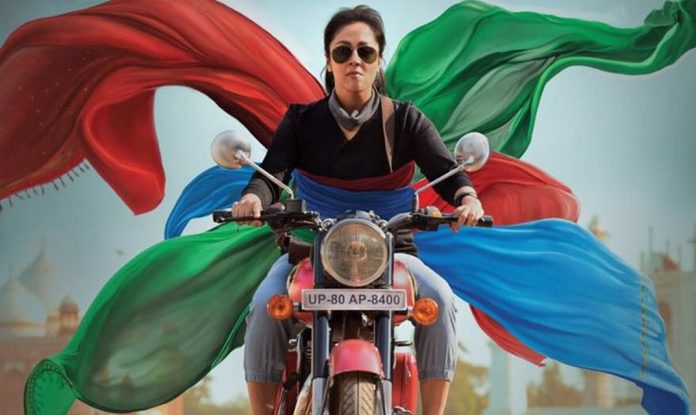 Years and years after their separation, three school friends (Oorvasi, Saranya Ponvannan and Bhanupriya) are united by a happy-go-lucky girl (Jyothika). What happens during their reunion with a journey that changes their lives forever forms basic premise of the story.

How different is the film from usual style?

If we are going to look vividly over the recent films in Tamil cinema, they’ve been mostly bounded to stereotypical stories. But Magalir Mattum takes a different route in entertaining us with a lovely message. Rather than saying it’s a female centric film, it’s a film about humanity and how important is to respect women in our lives.

The running length of this film 140 minutes, which might not be a favourite or appropriate duration for a Drama genre. Over here with Magalir Mattum, the film’s first half slightly moves at tortoise pace and little dragging. The episodes involving the establishment scenes of Saranya Ponvannan, Oorvasi and Bhanupriya could be a speed breaker. But then after intermission, we get to see that narration gets gripping with some unexpected surprises, especially by the end.

The musical score by Ghibran is passably good and he has done what is required for the film. Since songs are used as montages, they don’t slow down the momentum. Background score is laudable. Cinematography has been neatly done with decorous grading.

How well the actors have performed?

When the characterizations are very neatly written and there is a perfect casting, half the success has already clicked. This is so instantly noticeable with Magalir Mattum. Jyotika just offers a brilliant performance and she emotes so much perfectly without any exaggerations. The other showstopper is Saranya Ponvannan, who never misses even minute shots from perfection. Oorvasi and Bhanupriya contribute to their best. Nasser as an arrogant husband does what is required for the role. Livingston as a ridiculous drunkard is good.