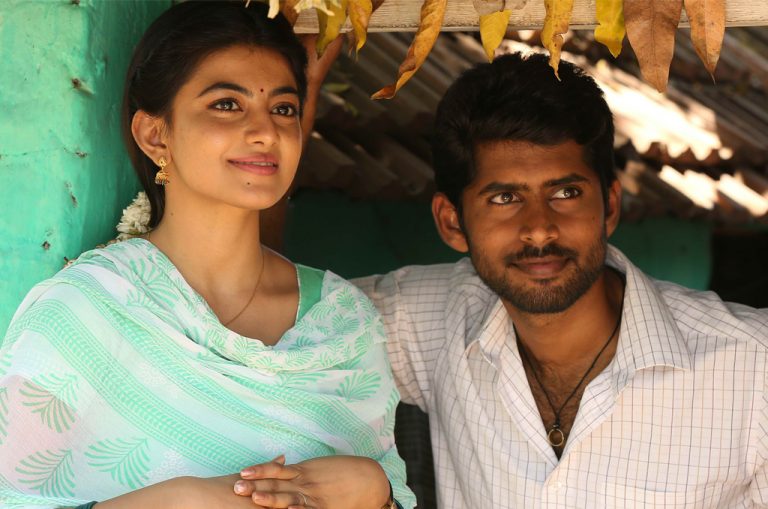 Filmmaker Pa. Ranjith establishes his yet another effort into emphasizing the deteriorating situation of ‘Caste’ based issues in our country through his production ‘Pariyerum Perumal’. But it all happens through the strong eyes of Pariyerum Perumal (Kathir) crafted by Mari Selvaraj. Usually, when a film comes boxed up with such traits, the perspectives usually differ. One might feel the ‘caste’ based films to be too preachy and try to forsake it while others might get on for an aggrandizing experience. But then, Pariyerum Perumal tries to bridge this gap and offer a film that might not be too gory though it’s rustically real and presents them with some engrossing narration as well.

The makers have felt that the right thing to throw lump in throats is by offering a cold-blooded drama by the opening scene itself. We see the ‘Karuppi’ (Black colored Dog), the most-loved pal of our protagonist Perumal brutally killed. Maybe, this was a scene that many filmmakers would have attempted to place it as a critical incident by the second hour intermission. But just imagine it being placed in the first scene itself. Although, this might be an appalling one, the way, it is turned into a goodish reflection by the climax moistens our eyes. The story soon proceeds into the college life of Perumal, where being a down caste, he wants to become ‘Doctor’ in ‘Law College’, where he reasserts, “I meant Dr. Ambedkar” (Special kudos for this dialogue, which is inspiring unlike the loud preachy lengthy ones from Pa. Ranjith’s movies). But sooner, the gloomy shades are eclipsed with routine college based issues involving caste, which we have already seen in many films. Especially, with the arrival of Jyothi Mahalakshmi (Anandhi), we are bounded to some recline back and flip through our mobiles. Yes, that’s little stereotypical, but sooner, we are introduced to some gruesome things like an elderly person committing murders as in the name of ‘Service to God’. While many happen to utilize Yogi Babu for his funny face value, Mari Selvaraj has endeavoured sketching him in a different shade.

There are few instances in the film, which isn’t just limited to the caste based issues, but a general problem, where law subjects are taught in English. Such issues appeal beyond the cast and religion, appealing to every common man out there. But sooner, the director tries to dilute them with commercial stroke when Yogi Babu tells Kathir, “Buddy, this is English class, don’t expect even this to be taught in Tamil.”

When it comes to performance, Kathir has given an incredible performance and he is a slowly rising star, who will eventually become the favourite of universal audiences. His innocuous face and ability to emote unconditionally reflects the crowds. Kayal Anandhi looks amateur in places, that’s nothing to do with her act, but as the story reaches by the end, it becomes acceptable, especially the final conversation between her father (Marimuthu) and Kathir. “Hope is a Good Thing”, the word quotes so famous and instead of getting into darkness with tragic ends, Mari Selvaraj tries to pick a positive one.

Santhosh Narayan tries to delve into a different zone, but still nothing can be helped. His musical score never show any difference irrespective what the backdrop or genre is. Cinematography is spectacular in few places.

On the whole, Pariyerum Perumal can be watched for one reason – for overshadowing the erstwhile movies based on ‘Caste’, where tragedies would be the culmination, but here it encompasses positivity.