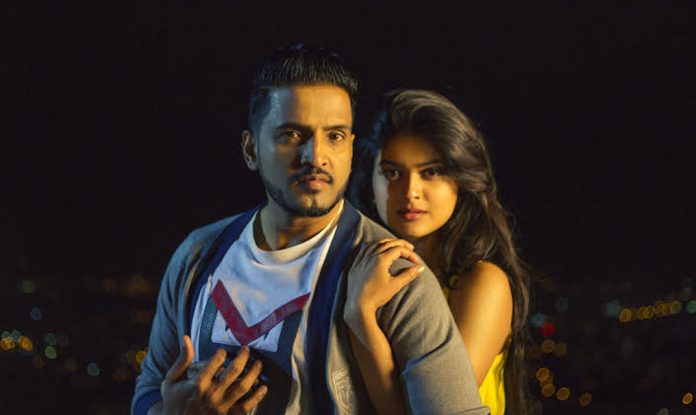 The ensemble star-cast involving Santhanam, Vivek, VTV Ganesh, Robo Shankar and few more prominent actors. What would be the absolute feeling when a poster featuring them together is seen across the walls of towns and sub-urban areas? Obviously, the audiences would never mind about the rational quotients, but gladly take their ride into theatres with least expectations. Yes, filmmaker Sethuraman remaking a commercially hit movie from Telugu nails it down perfect in places. Well, we would see Gopichand in original version not indulging in any humour, but other characters keep ticking our funny bones.

This created a greater scenario to enjoy the show bounded with situational comedies and plot. But when it comes to Tamil remake, Santhanam who is far-famed for hilarious shades gets indulged too much with heroisms. The slow motions of walking, camera angles that portray him more heroic, action sequences and romancing his heroine (This definitely needs an improvisation though in Santhanam). These elements slightly refrains the film from offering the exact experience that original movie offers. Of course, he never misses to get us indulged in laughter with his witty lines. On the pars, Vivek gets a meaty role in a hilarious avatar after a very long time. If not for Vivek, this film would have not possibly been entertaining in many portions.

VTV Ganesh and Robo Shankar in places engross us with their hilarious acts. But everyone scores the most with their funny lines. More than any other in the supporting cast, it is Powerstar Srinivasan getting the theatres loaded with fun although he appears in just three scenes. For the first time, we find Sampath evoking humour although his role is pretty serious.

Musical score by STR is middling with BGM. Some of the songs composed by him are good to hear as tracks, but they don’t find a proper placement in the script. In fact, songs get us too distracted from the actual narration and so are some of the stunt sequences.

Overall, Sakka Podu Podu Raja is enjoyable for its hilarious treatment and it could be a preference for audiences we cited above by the beginning of this analysis.