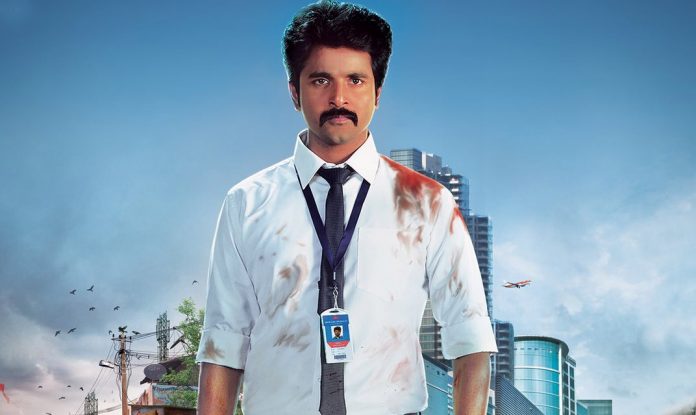 ‘A spark in you can bring immense change around you’ – A significant message that is delivered distinctly through ‘Velaikkaran’. In this film, Mohan Raja emphasizes a huge stress upon a contemporary issue, which leaves a stronger impact upon everyone. Sivakarthikeyan and Fahadh Faasil are seen in lead roles with Nayantara, Prakash Raj, Rohini, Sneha and Vijay Vasanth in important characterizations. The theme that Velaikkaran takes as its own premise would have been faintly the same as Suriya’s Maattrraan. But it takes a diverted route with the treatment. The film draws us completely into its world by the initial moments, where we are very well established with the characterization of protagonist (Sivakarthikeyan).

He develops an amateur FM station with aspirations to bring a change in the slum dwellers of his neighbourhood. Sooner, his life transits into a different phase, which escalates his aspirations to bring a change in people’s lives. Mohan Raja deserves special mention for penning down such a strong theme in backdrops. The first hour has its own pace of momentum that we don’t feel like 80 minutes have passed by intermission. But what should have actually occupied the second half slightly goes missing. We would anticipate a lot of racy drama focalizing on the conflicts, between the lead characters. Yes, it does happen, but we get to see lots of verbal domination than dramatic moments.

When it comes to performances, we are spellbound over the screen presence of Fahadh Faasil. He sweeps us off the feet with an impeccably extraordinary performance. Be it raging emotions or peck of hilarious reactions, he does it just with a smile or minute reactions, which gets us so much in awe of him. Sivakarthikeyan has exerted more efforts in getting his performance stretched beyond his usual limits and excels with it.

But it is little disappointing to see that Nayantara doesn’t have anything to perform here. Her introductory sequence of being a bold and daring girl gives a strong expectation that she has more to perform here. But in contrast, what we get to see her extension is nothing but a blink and miss kind of spell. Vijay Vasanth with his minuscule role surpasses. Sneha’s role is too limited but plays a major twist in the tale. Prakash Raj’s role could have been extended into a much stronger impact. RJ Balaji, Sathish and Robo Shankar are merely used for poster purpose to give a commercial approach, but hardly we see them perform.

Ramji’s cinematography and Muthuraj’s art work are the greatest highlights on technical panorama. When it comes to music, Anirudh never tries to show off his over-exposure, but limits himself with what is required to the script.

On the whole, ‘Velaikkaran’ gets well with the basic storyline and theme, but it could have achieved a huge status if the screenplay was kept intact and crisp, especially in second half.  Especially, more emphasis should’ve been given towards momentum rather than keeping the episodes dominated with conversations.