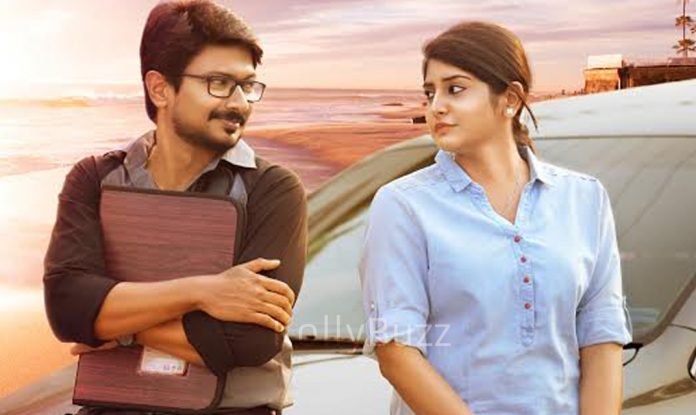 First and foremost, the placement of this track at the right place becomes a vital attraction. It sticks to the basic theme of this film. Well, we aren’t sure whether it would be placed during the penultimate to climax moments or by final credits. Getting on with the song, it starts off with the chorus and Orchestra hits followed by a slow paced rhythmic play. Shreya Ghoshal and D Imman would be associated commonly for a honeyed melody or a peppy track. But this one is completely different for its emotional connects on inspiring paradigm. Yes, the instrumental prospects are genuinely impressive, but D Imman excels with his chord work that actually carries the entire song (shifts from Major-Minor, particularly the emphasizing of 7th Chord) is brilliant. The flute by the interlude is soothingly pleasant.

The lyrical lines are so simple and these words can get into the intense depth only with the placement of song in movie. But taking up a simple package of lyrics, D Imman has gives his best outperforming with sound and music. You can experience the esthetical sound mixing by the prelude. Aadharaa sounds like a South Indian successor to Mohit Chauhan.  The harmony and chorus are the good embellishment that makes the song sound best.  The crème de la crème part about the song is Raghava Simhan’s violin that comes by the interlude followed as fill-ins along with vocalism. The violin portions sound like a second voice and it would have been aptly perfect even with that version. Such is the composing skill of D Imman.

The album explores a new genre; in fact, D Imman gets into massive zone after a long time. Especially, with Imman himself crooning the number, it has the best appeal. Any mass hero would earnestly crave for this song. If the visuals and choreography are done on the best levels, the song will get escalated.

An Arabian panache gets unleashed here by the fourth position. An experimental number, which will takes it time to brew up. Kumaresh and Nalini have their colossal effort extended towards their portions. Special mention to the rhythmic quotient based on Arabian style.

The theme song sounds like an alternative version of first track, but only to a certain extent. The Chennai Choir adds the much substantial support to the entire song. Strings section conducted by Yensone stands out to be a wizardry work.

The album is followed by couple of Karaoke versions for Godfather Kanmaniye and Kulebaa Vaa.

As we listen to all the songs of Ippadai Vellum, they prove to be an integral part of screenplay. So it can be easily predicted that the tracks wouldn’t be a hampering element. D Imman offers a compelling score for ‘Ippadai Vellum’, which occurs as the first track followed by other numbers too.