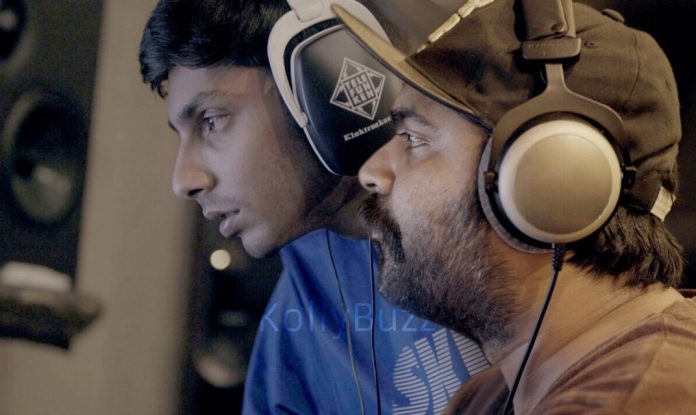 Santhanam has been successfully climbing the heights of success with every film. With his previous outing Dhillukku Dhuddu grossing well in Box Office, the anticipations are bigger for Sakka Podu Podu Raja. Moreover, with STR making his debut as music director with this film, the party of celebrations has already commenced. The first single Kalakku Machaan has been recently released.

Kolly Buzz brings you an exclusive analysis of this song.

If there could be one song that you needn’t listen and yet say that it’s 50% success. The reason could be obviously featuring Anirudh as the singer. It has been so much noticeable in many chartbusters. With STR striking the musical chords, this has a simple yet punch of lyrics that is easily grasping. Normally, Rokesh would be coming up with some Chennai slang Gaana lines like ‘Danga Maari’ and ‘Dandanakka’. But here, the lyrical verses look completely different. In fact, it carries some inspirations from STR as well for his lines would have such references. The beats are simple and the rendition is perfect.

It is surely going to be a big hit with repeating hearing, especially with the visuals.

Santhanam-Vaibhavi starrer Sakka Podu Podu Raja has been getting the best reception for its first single track. Titled ‘Kalakku Machaan’, the song crooned by Anirudh and composed by STR had its massive appeal. In fact, the song is expected to have been shot in grandeur with four leading choreographers shaking legs with Santhanam. The film’s theatrical trailer had bits and pieces of ‘Kadhal Devathai’ played. It had gradually started haunting our senses, especially with a song teaser that had sitars and percussions dominating. One could blatantly experience the top-notch musical skills of STR out there.

After hearing the whole song, our perception remains the same, but to certain degree. The reason is that the song is too lengthy, which might impress the ones among teen groups. STR seems to have spent more energy upon the sound mixing, which scatters our attention by last few minutes.

Nevertheless, the first four minutes are really outstanding. It even gives an impression if Yuvan Shankar Raja has composed music for such are his elements completely present here. It is advisable to listen this song on well equipped surround sound system and you’ll definitely appreciate STR for his sound knowledge.

But musically, the song sounds slightly immature and it could have been yet better.