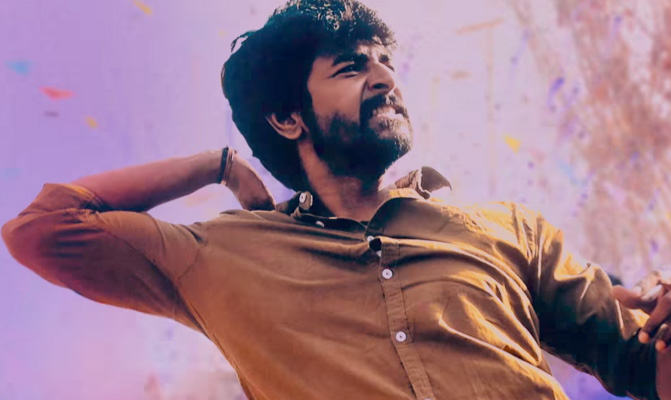 Sivakarthikeyan-Nayantara starrer Velaikkaran has created a decent level of expectations. This film involves lots of highlighting elements from casting to technical crew. We have already come across them in long stretch of stories. But then, Sivakarthikeyan’s lucky mascot Anirudh has been the icing of all his cakes.

An album from the stores of Sivakarthikeyan-Anirudh undoubtedly creates invigorating jubilations among fans. The past record of their collaborations of all their albums topping the charts has been a blunt illustration. They are back with Velaikkaran, which features 5 tracks and let us have a sneak peek into the musical analysis of this album.

The first initial moments of the number, especially the prelude gives us a clear idea. This is definitely going to be a ‘Big Mass Hit’. This is a track that doesn’t befittingly look up for musical analysis. Anirudh has been perfectly balancing his works based on class and mass criteria. His previous work in ‘Vivegam’ had so much of efficient scope for critical analysis.

Over here, it’s all about fans and only fans. The percussions on local nativity of Chennai that comes silently combined with bass works are groovy moments. Of course, when there is a Gaana from Anirudh, who else do you think would befittingly perform as a singer than himself?  He just gives a flowing vocalism that is sure to get fans addicted.

One cannot imagine about the scenario in theatres, especially with the dance performance of Sivakarthikeyan.

The lines by Viveka are neat and simple that lets us easily by heart and croon along with it in few hearings.

The first thing that instantly appeals to our senses is the vocalization of Siddarth Mahadevan. Being the son of most celebrated Shankar Mahadevan, he carries an identical vocalism. There is something special about this song. A version without instrumentals would offer the exact feeling. Such is the powerful composing of this song that enlivens our experience. There is a particular portion in the interlude, which has rhythmic guitars. It sounds like Anirudh wanted to use them instead of what could be done with percussions for same. It’s a brilliant choice to make sure that there is a difference.

The slow strings on chords with fortepianos and orchestral coalescing by the interludes that runs without break into the first verse gets a perfect show… This song holds special mention for the earnest reason that it doesn’t bring in more percussions, but a rhythmic accompaniment with orchestral strings is surpassingly exceptional. Neeti Mohan doesn’t need an analysis when it comes to her rendition of melody songs. She carries it off with right pronunciation and Anirudh Ravichander as usual thrusts his magical touch with his magical intonation. Karky engrosses with very simple lines that gets adorned with splendid clarity with mild musical presentation.

This is almost like a signature song that supposedly gets placed during the crucial part of the movie. A power-packed sound mixing and composing that imparts a stunning impact; especially the instrumental portions are prodigious. Shakthisree Gopalan and Bjorn Surrao make the film complete with their highly energetic work. This song would get its escalation to a greater magnitude with visuals.

As on whole, Velaikkaran offers different genres of music in 5 songs that comes stands out to be unparalleled in its own style. Usually, when it’s album from Sivakarthikeyan-Anirudh, they would stick routine paradigms, but with Velaikkaran the duo pushes the bars to a much bigger elevation with newfangled music offering a unique experience for the listeners. While ‘Karuthavanlaam Galeejam’, ‘Iraiva’ and ‘Idhayane’ arrest our senses immediately, the other two tracks sound script oriented that will gain its prominence when viewed on screens.

The song starts off with a much pleasant praising upon God Almighty that suddenly transits into a harsh pathos of a man. It is so much evident with the lyrical lines ‘Ennai Sabithadhum Nee Yallava’. The beats get highly electrified with the guitars and percussions that is followed by a different emotion of ‘Love’ with Jonitha Gandhi taking on the show. The same tunes are repeated for the first and second verses. The dual voices of Jonitha Gandhi are mellisonant with flute serenely accompanying the show. The guitar works are elegantly composed with chords silently travelling with depth of impact throughout the song. Anirudh has attempted an International spell with ‘Iraiva’, which definitely needs an ‘English’ version that will add double mileage to the film.