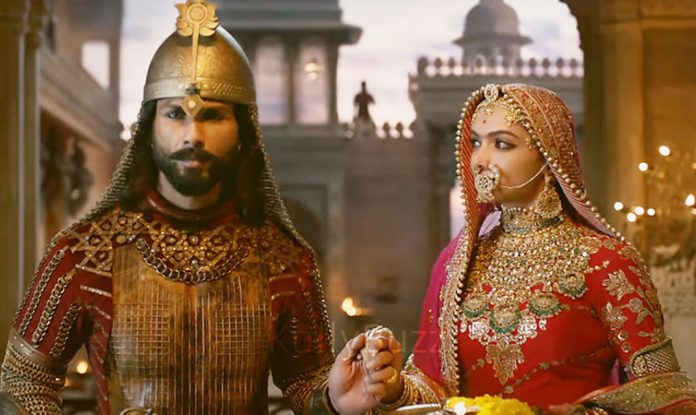 Debates, verbal confrontations and so much of violent turbulences got the fame of Padmavathi, now Padmaavat beyond language barriers and boundaries. Sanjay Leela Bhansali significantly has been carrying a pride of recreating some of the best epics in Bollywood. On the button, he happens to be the only filmmaker in Hindi film industry to be consistently involved in such mammoth dramas. Naturally, the Google search and book references would have now enlightened many about the character of Queen Padmavathi.

The film dates back to around 700 years from now, where the story focalizes on the most adored Queen Padmavathi (Deepika Padukone), who sacrificed her life by performing Jauhar to save her dignity from being captured by Alauddin Khilji (Ranveer Singh) after killing her husband King Maharawal Ratan Singh (Shahid Kapoor).

Delving into the distinct analysis, what becomes the first major attraction is the dramatic narration of Sanjay Leela Bhansali. Usually, period films based on medieval India would precisely try to capture our attention with grandeur war sequences. But here SLB has tried emphasizing more upon the emotional context. The emotions of three characters played by Deepika Padukone, Shahid Kapoor and Ranveer Singh are very well conveyed. Maybe, there could be a kind of little disappointment among the ordinary bunch of audiences unaware about this history. Well, they might have expected Padmavathi to wage war against Alauddin Khilji. But then, what we get to see brings an emotional impact too colossally through the storytelling although the momentum is slow in places.

The costume designing of Deepika Padukone brings forth an appealing factor, where it’s not just about the elegance embellishing her looks, but the ornaments of ethnicity. The next obvious thing is the background score by Sanchit Balhara. His string works on background score with lots of detailing brings up a stronger attachment to the drama. Cinematography is quite appreciable, but it looks like lots of energy has been put into Digital Intermediate and colouring works. Couple of songs, especially ‘Ghommaru’ is extraordinarily composed by Sanjay Leela Bhansali and very well choreographed as well.

When it comes to performance, it’s Ranveer Singh stealing the show as the other characters played by Shahid Kapoor and Deepika Padukone are much about expressions and less action. But it looks like in some sequences; we get to see Ranveer Singh too exaggerated with his acting. Aditi Rao Hydari does her role with perfect justice.

On the whole, Padmaavat offers the best experience for the hard work of actors and very well projected technical and narrative.