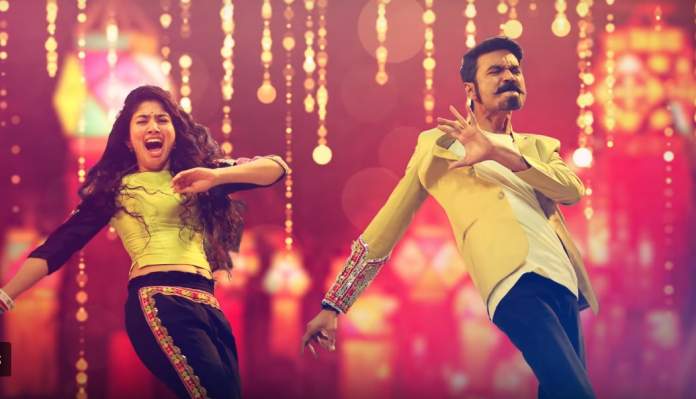 Arriving with its much celebrated franchise, ‘Maari 2’ has majorly been looked upon for its musical album. Of course, with Dhanush-Anirudh duo combo offering a Chartbuster, it’s been a long awaited album for it marks the comeback of Dhanush and Yuvan Shankar Raja.  Balaji Mohan is directing this film, which is produced by Dhanush for Wunderbar Films. Sai Pallavi is playing the female lead role in this film, which has prominent actors like Varalaxmi Sarathkumar, Kreshna, Kalloori Vino, Robo Shankar and Tovino Thomas in important roles. Here is the Maari 2 Music Review from Kolly Buzz.

A peppy track laced with local flavour, which carries a medium paced treatment. This is something new of its kind, when it comes to Yuvan Shankar Raja. What’s more intriguing about the song is the Bass and Rhythmic appeal. However, the lyrical lines by Dhanush are too mediocre, where he attempts to recreate something on the lines of ‘Donu Donu Donu’ with the mix of English and Tamil words. Nonetheless, the song might find its appealing graph through the visuals as it’s none other than Prabhu Deva choreographing the song. While a song of such style earnestly demands for a voice like Sunitha Sarathy, the rendition by Dhee looks slightly odd.