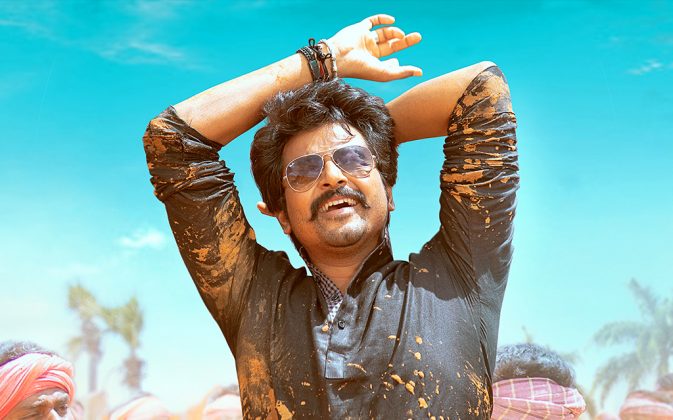 There are few things that go completely beyond our understanding when it comes to analyzing a film. The wizardry thoughts always looking upon for avant-garde films with exceptional themes might find a film like Seemaraja a complete mediocre film. But in contrast to their beliefs, the scenes or any aspects that might look middling would get a huge response in theatres. This is the magic that it happens with them and so is Seema Raja. There is a particular line in the song ‘Aracha Maava Arachaalum, Adhukkum Venum Thani Thirama’, which literally means ‘Even beating the same bush is an art, which cannot be mastered by all’. Of course, it might find a different perception among the urban and rural audiences. Or else, even the few scenes and songs that sound stereotypical in accordance to the erstwhile flicks’ comparisons would not find a huge appreciation among audiences. Say for instances, all the three songs composed by D Imman that occur in the first half might have given a Déjà vu feel, but it gets great welcome. This is because of the placement that comes from Ponram and so exactly are the other elements. Even the ‘Siruthai’ comedy that comes post-intermission might look ridiculous with the wizardry analysts, but still the kids laugh out loud for that continuous play. During such contexts of having a serious premise in the backdrop, but treated in an entertaining manner, we do find the traces of Sundar C-Karthik-Goundamani genre films. We’re pretty sure that the ones, who had ardently followed this trio’s movies would easily perceive of what we are referring.

On the flip side, there are few diminishing factor, which comes with the establishment of flashback. There were many places, where Ponram could have planted a hint about the flashback suspense, which would have kept the audiences prepared for its arrival. As the first hour and some of the second half portions completely travel with humour, the sudden transportation into the flashback with period elements creates a ‘Break’ between the flow letting us connect it as two different films. But the flashback scenes deserve special mention for the hard work of every technician and actor. The concept and message that comes very well adherent to Tamil history is marvelous as well.

While the mainstream actors like Aijth Kumar and Vijay have themselves become a ‘Genre’ in Tamil cinema, Sivakarthikeyan too has found such a domain. By the end of show, it’s not bothering for their fans, if the film has turned to be an exceptionally brilliant with a maverick trademark style. But it’s whether they got satisfied as fans and yes, Seemaraja does it to a decent extent.