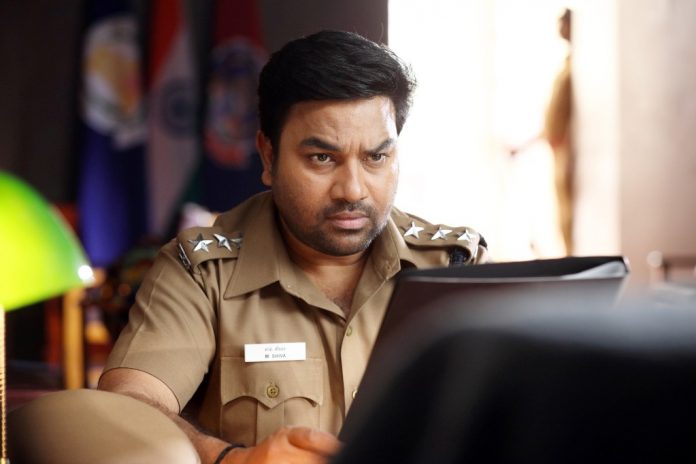 It’s been 8 years and still the fame of Tamizh Padam has never faded amidst its fans. Just with the arrival of its sequel ‘Tamizh Padam 2’, it prepared everyone to embrace one more laughter riot from the same team. Moreover, it would have not been an easy job for CS Amudhan to pen a script for spoof based film, which too is a sequel to already proved hit flick. Let us have a look at Tamil Padam 2 Movie Review now.

Things are same as in the first part, but with upgraded version. This time, CS Amudhan doesn’t confine the spoofing within Tinsel Town, but even tickles our funny bones with political instances that happened in TN over past couple of years. Mirchi Shiva and witty liners turn to be the greatest highlights of Tamizh Padam 2. Whereas, the dim-witted characterization of Satish and repeated ‘Boys’ mode friends to protagonist doesn’t get well in places.

Mirchi Shiva reprises the role from first part. He is now the Assistant Commissioner of Police, who is the run to trap the notorious baddie named P (Satish).

By the very first scene with Mirchi Shiva’s introduction, we are ensured that there is lots of laughter. The dialogues like “Why did Steve Jobs invent Apple? Why Sunny Leone chose this field?” leaves our ribs tickled incessantly. Specifically, the ‘Vikram Vedha’ replica that goes for a hilarious take on Veeram and Vivegam followed by the Vedalam fight in pre-climax instantly linked with Vivegam climax are hilarious extremity. Nevertheless, there are certain drawbacks, where the supposedly laughter scenes doesn’t evoke the appeal.

Almost all the supporting characters in the film aren’t used well. Except for Chetan, who plays the senior office of Shiva, others don’t have their prominence. Mirchi Shiva’s interaction with Anderson and the way ‘Raghavan Instinct’ gets hilarious backlash sends us bark out for laughter. The time travel with Suriya’s Bodhi Dharman and Watch Mechanic are the peak of fun.

Apparently, the songs don’t engross us and in few places and they occur as barricade. But Sathya has done something really creative with bit tracks similar to the exact tunes from other movies. ‘Veriyera’ from Vivegam, ‘Aromale’ from VTV and there are lots more, which brings up more fun.

Though not a letdown, the film’s screenplay has a shaky motion of dripping up and down with momentum.