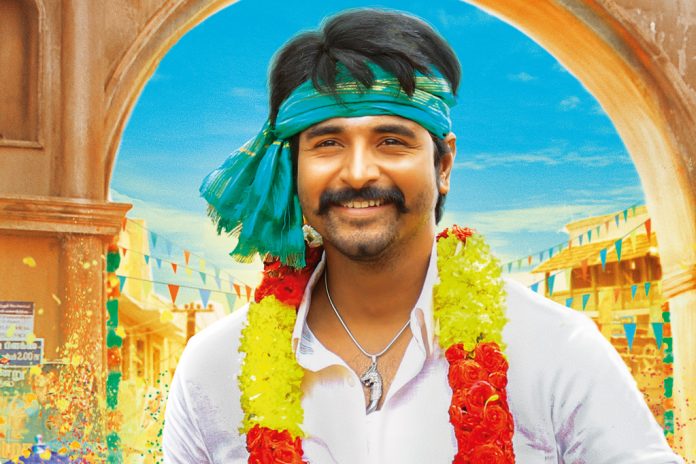 Sivakarthikeyan-Samantha starrer Seema raja has been keeping everyone on best expectations. By nature, the reason needn’t be repeated over and again. In a span of years, the duo of D Imman and Sivakarthikeyan has delivered commendable numbers. Especially, after the grand success of Varuthapadatha Valibar Sangam and Rajini Murugan, the duo has escalated its standards. Here is the exclusive Seema raja music review, which happens to be a folk genre album.

A tailor-made song for Sivakarthikeyan! Precisely, the song proves that how close and special D Imman has considered the actor. Just look into the introduction numbers of Rajini Murugan and VVS followed by this track. He has apparently understood the growth of Sivakarthikeyan and has delivered the number. Be it the instrumental quotients like Brass and Trumpets, which are used for a mass hero introduction tracks, it’s perfect. Yes, the same instruments were used in the above-mentioned songs. But this one has a special impact. Similarly, Yugabharathi too deserves the same mention for being the best in delineating the characterizations of Sivakarthikeyan. Diwakar becomes the icing of cake and will be very soon considered as another voice of Sivakarthikeyan.

A slow paced melodious treat that brings yet another wonderful pair of singers: Sean Roldan & Shreya Ghoshal. They who are always illustrious for exquisitely naturalistic rendition… It looks like D Imman has utilized the ‘Geoshred App’ instrumental base for the interludes. Of course, this happens to be the latest trend in music. The musical accompaniments with stringed works during the rendition of singers don’t overlap. The other version of this song has reprisal by Sathya Prakash, which is beautifully intonated by him. Nevertheless, it’s Sean Roldan who adds more life.

No doubt! An instant hit is here. D Imman packages the song with a complete treat for the rural folks and why not the urban ones too. Be the preludes that have a synthesized effect of violin and sudden throw of heavy percussions, everything denotes formulae of an instant Chartbuster. The song has its own way to pull the listeners’ attention. The first verses that start with the major scale and immediate shift into minor is a ritual stroke of D Imman and here it works out well. Moreover, the rendition by D Imman is the ultimate the cherry pick.

This sounds like yet another introduction song for it possesses all such attributes. The trumpets, brass, ensemble chorus and what else? This fast-paced folk get a huge emblazonment with the rendition of Super Singer 6 winner Senthil Ganesh. A complete song that expresses itself with the folk culture and this one with the visuals is going to add more grandeur for sure. Nothing can be a better start for Senthil Ganesh than this for his ‘Folk’ addiction and the right platform with D Imman gets a neat result.

This song has its own way of claiming that it belongs to D Imman even if you aren’t looking into the track credits. Be it the chorus and instrumental parts or the vocalizing style, it carries the same factors. Yugabharathi has inherited the lyrical essence to impress the rural and sub-urban groups instantly with this song.

A signature theme that has its panache of appealing with the mass factors with these bunch of singers… Not to miss the fact that it could get elevated with the massive appeal in visuals.

A Late night walk with Veena

Could this be regarded as an unheralded surprise, where a folk-based genre gets a twist with a western touch? This track happens to be the instrumental version of ‘Onna Vitta’, which has Veena by Punya Srinivas with fusion elements. The sound effects of nature and some interesting effects are so much enhancing.

As it happens with other albums of D Imman, this one too has Karaoke versions of major tracks.

Overall, Seema raja album is yet another feather to the cap of D Imman. This musician doesn’t let things go of loose when it comes to folk-based albums. Especially, when the responsibilities are enormous with the success of previous collaborations with Sivakarthikeyan, he pushes himself to deliver the best and gets it done.

Verdict: No Doubt! An instant hit with festive flavors.