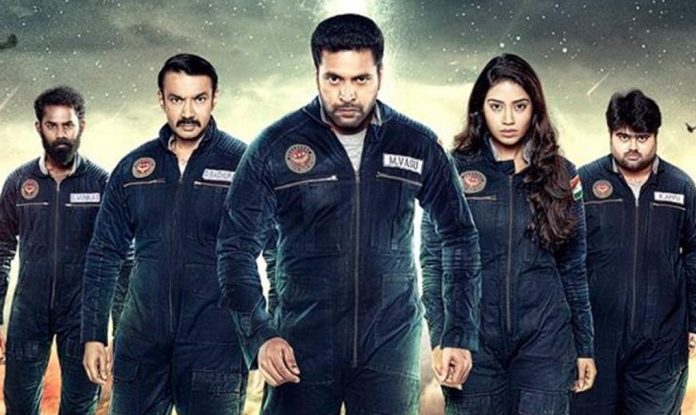 Jayam Ravi-Nivetha Pethuraj starrer Tik Tik Tik has started unleashing its yet another scintillating dimension with music now. D Imman far-famed for experimenting with phenomenal genres takes up a much unconventional genre in his musical graph for the first time. The film is directed by Sakthi Soundarajan and is produced by Nemichand Jhabak.

An impeccable combination of singers, who can bring a power packed performance in their own aspects. With the song’s title ‘Tik Tik Tik’ that signifies the ‘Clock Ticking’ and D Imman has taken scrupulous efforts in utilizing the sound at appropriateness. There is so much of appreciation that needs to be definitely credited for Madhan Karky. There are few lines that speak about the place beyond any dualities. It’s almost like what if a Rumi poem is rendered through the rap version. Sunitha Sarathy gets most of her portions like accompanying Yuvan Shankar Raja and Yogi B as usual gives a routine impact, but with strong impression.