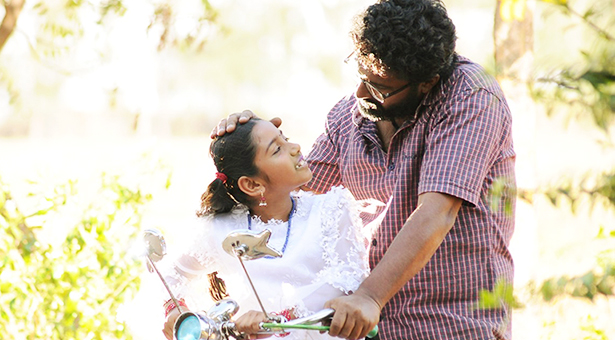 Thanga Meenkal is an upcoming film written and directed by Ram. The film features Ram in the lead role whilst Sadhana, Shelly Kishore, Padmapriya and several newcomers are part of this venture. The film is produced by Gautham Menon’s Photon Kathaas and R. S. Infotainment. Music is composed by Yuvan Shankar Raja. Lyrics are penned by Na. Muthukumar. The story of Thanga Meenkal revolves around  father – daughter relationship.

Thanga Meenkal is Ram’s second film after critically acclaimed Kattradhu Thamizh. The film was scheduled for July 26th release, but due to lack of screens it was postponed to August 30th in order to get maximum number of theatres.  Thanka Meenkal will not hit the screens itself on 30th, it will release with Ponmaalai Pozhudhu, Summa Nachunu Iruku & Suvadugal. The reason for postponing from July 26th is due to the release of Pattathu Yaanai, Sonna Puriyadhu and Maryan. The three released within one week gap and then Chennai Express and Thalaivaa released on August 9th.  Ram’s aim was for a solo release. If Thanga Meenkal gets good WOM, it will surely have free space as no big film is releasing until mid August and surely it will emerge as winner!