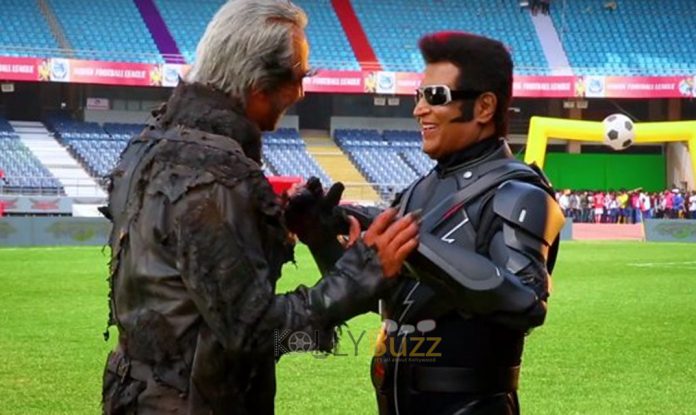 Superstar Rajinikanth might be slightly slopping down the steep of disappointments. This has been incurring due to the prolonged delay of the actor’s upcoming releases 2.0 and Kaala. Lots of announcements were made pertaining to these movies, but everything has been apparently on the postponement. It was earlier mentioned that Rajinikanth’s 2.0 teaser launch has been scheduled to happen in Hyderabad followed by theatrical trailer in December last year. But everything has leaped out of the schedule due to delayed post-production works. Recently, Shankar had tweeted on his micro-blogging page saying that the teaser works are underway and will have the release happening shortly.

It is learnt through the close sources that Lyca Productions is planning to release the teaser by end of this month. 2.O comes from the country’s most celebrated filmmaker Shankar and is produced by Lyca Productions at a whopping budget of 350Crs. While Rajinikanth is playing his spin-off roles from Endhiran (2010), Amy Jackson has played the female lead and Akshay Kumar as a baddie.