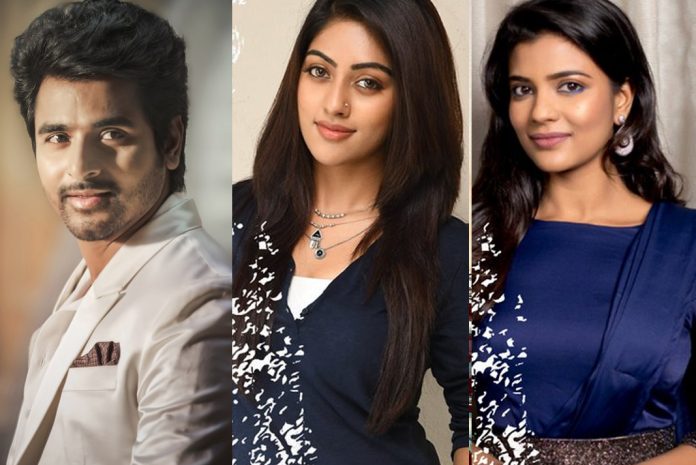 It all comes in an unheralded manner, where we didn’t know anything in advance. Of course, Kolly Buzz broke the news about D Imman composing music for Pandiraj – Sivakarthikeyan produced by Sun Pictures. Now the official announcements are arriving one after the other. The latest minute news affirmed from Sun Pictures is about Anu Emmanuel playing the female lead role in this film and Aishwarya Rajesh is also part of this project.

Tentatively titled as SK 16, the shooting is expected to go on floors shortly. Currently, Sivakarthikeyan is keeping his fingers crossed over the success of his upcoming film ‘Mr. Local’, which is scheduled for worldwide release on May 17. The film is directed by Rajesh and is produced by K.E. Gnanavel Raja for Studio Green Films. Nayanthara is playing the female lead role in this movie. On the other hand, Sivakarthikeyan has been simultaneously shooting for SK 14, a fantasy entertainer directed by Indru Netru Naalai fame Ravikumar and ‘Hero’, directed by PS Mithran of Irumbu Thirai fame.

With so many promising films ahead, it is obvious that Sivakarthikeyan is eyeing for bull’s eye in box office without any doubt.