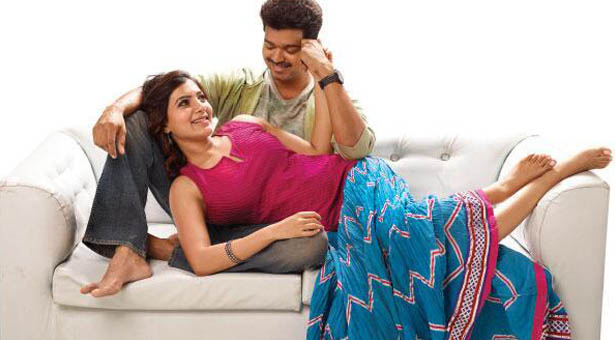 Vijay’s upcoming film Kaththi is briskly progressing with its shoot and its already scheduled for Diwali release. The first-look motion poster which was released recently has created huge expectations on the film. The latest is the audio launch of this film will be happening on 20th of September in London Wembley Arena in a grandeur manner. The cast & crew will be flying to London to attend the audio launch event. All the songs will also be performed Live on stage for which the dance will be choreographed by Shobi Master.

Kaththi will have around 5 tracks in which Vijay has also sung a romantic kuthu number. Music is composed by Anirudh Ravichander and the film is directed by A.R.Murugadoss and produced by Lyca Movies.