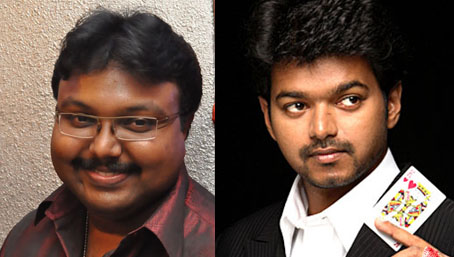 Its a known fact that Imman started his career with Ilayathalapathy Vijay during 2001 for his Tamizhan which had Priyanka Chopra pairing up with Vijay.
After decade now again coposer D.Imman scores music for vijay’s movie which is yet to commence. yes, R.B.Choudhary who is going to produce a movie which is directed by Nesam which has Vijay and yami will be composed by D.Imman. The reason behind Imman scoring for Vijay is Imman’s Recent hit album Kumki and Vijay personally wanted Imman to compose music for his upcoming movie.