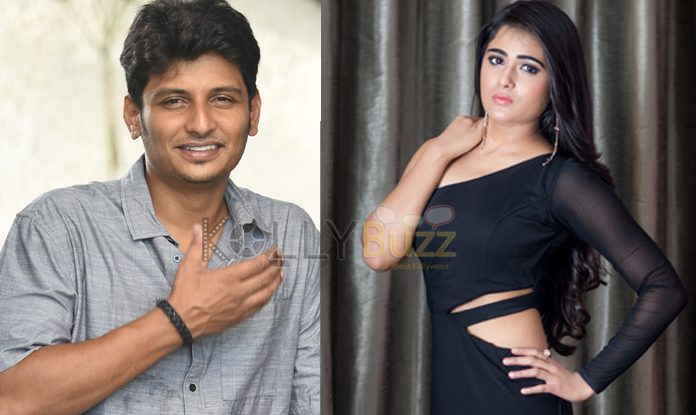 After long prolonging buzzes on airs, it has been officially confirmed that Jiiva’s upcoming film is titled ‘Gorilla’. The movie will feature a Chimpanzee in a major role. To ensure that the film gets a realistic touch, a well trained Chimpanzee named Kong from Samut Training Station in Thailand has been included into the project. The training hub has already provided best training to animals for various Hollywood movies that includes Hangover 2 as well.
The shooting of this film will kick-start from January 22 that will feature Arjun Reddy fame Shalini Pandey in female lead roles. The makers are busy finalizing others in the cast and for the moment, RJ Balaji and Yogi Babu have been confirmed. Major portions of this film will be shot in Bangkok with Chimpanzee. Mahabalipuram fame Don Sandy is wielding megaphone for this movie.