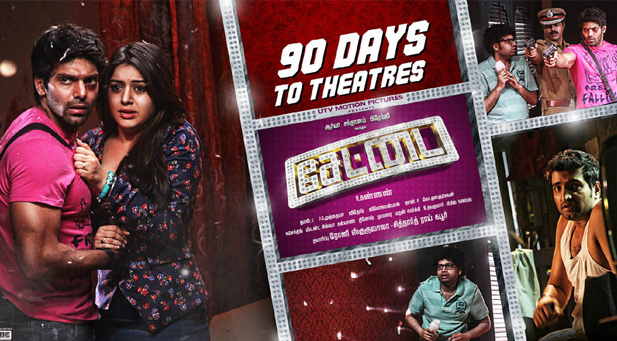 Settai is an upcoming comedy movie which is the remake of Bollywood “Delhi Belly” directed by R.Kannan and produced by UTV Motion Pictures. UTV Motion Pictures officially has announced the film’s release date 90 days prior to the release. It’s known fact that according to Kollywood, UTV Motion Pictures is the only production house announcing their movie dates at the earliest and releasing as promised.

Settai movie stars Arya, Premgi, Santhanam, Hansika, Anjali, Nasser. The music of this film is composed by Thaman.S and lyrics are penned by Thamarai and Karky. The audio release of this film will be held on January 30th.