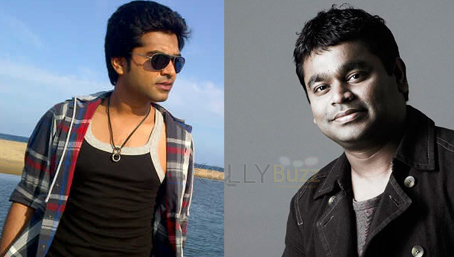 Simbu Signs Rahman in Manmandhan 2. Simbu Signs Rahman in Manmandhan 2 is creating the viral among the simbu fans. Simbu recently has apparently approached the Mozart of Madras for his Manmadhan Part 2. The news is not yet official but it’s said that AR Rahman has agreed to score the music for Simbu’s film. Manmadhan Part 2 has been scripted by the actor himself and is a sequel to his hit film, Manmadhan.

It was for Simbu’s Vinnaithandi Varuvaya that ARR had scored the music earlier and, in fact, the music still continues to be a rage. A source close to the development reveals that, “Simbu had an initial meeting with Rahman and is all set to work with him. They will be meeting again to finalise other aspects.”

For Manmadhan Part 2, Simbu will also apparently be writing the lyrics as well producing and directing the film. And he is all set to reprise a double role. Manmadhan, released in 2004, starred Simbu in a double role and was a romantic thriller. The actor also directed that film. When we contacted Simbu, he refused to comment on the news.