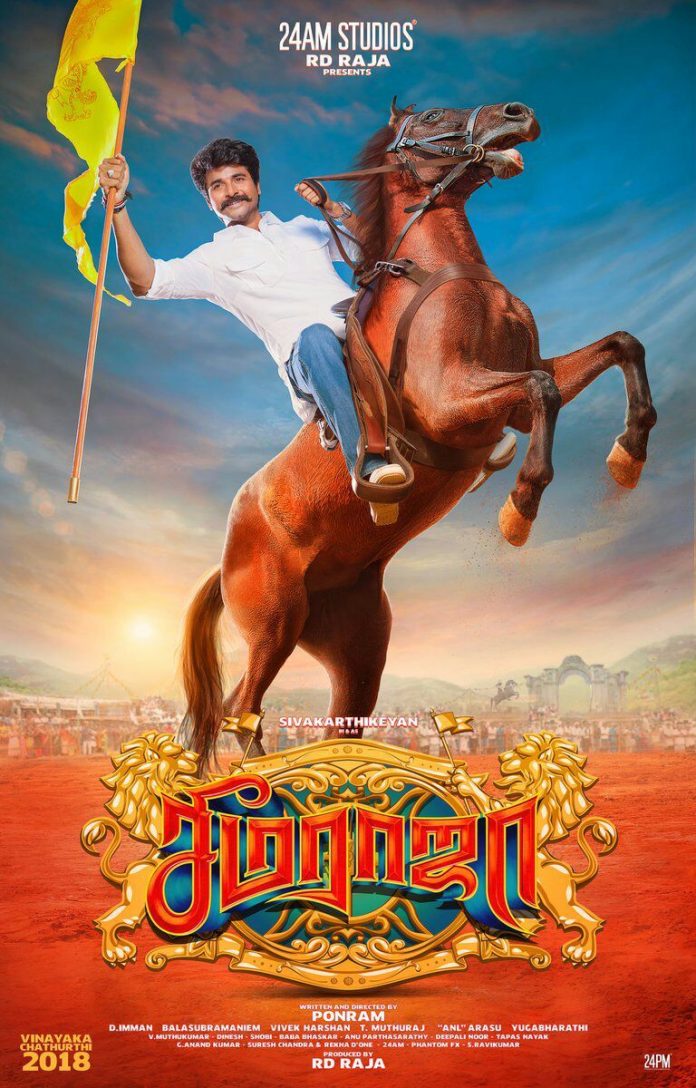 As known earlier, Sivakarthikeyan‘s next after Velaikkaran titled Seema Raja has raised good expectations. Furthermore, Sivakarthikeyan’s association with Ponram for couple of hit movies – Rajini Murugan and Varuthapadatha Valibar Sangam has increased expectations for this film. It is now officially confirmed that Seema Raja release is scheduled on September 13. Evidently, the occasion marks the festival of Vinayaga Chathurthi.

Additionally, 24AM Studios has confirmed that Seema Raja shoot will wrap up on June 19 .

Gradually,  Sivakarthikeyan and Samantha coming together for first time has got its hype among audience. Simran, Soori, Napoleon, Yogi Babu , Mano Bala and Napoleon will appear in important roles. Seemingly, Simran is said to play the antagonist in the film. It is worth mentioning that Sivakarthikeyan will complete Seema Raja and instantly kick-start his new film. Director Rajesh is helming this untitled comedy entertainer, which has K.E. Gnanavel Raja as producer.

Sivakarthikeyan’s fantasy entertainer with director Ravikumar is going to be the magnum opus in his career.