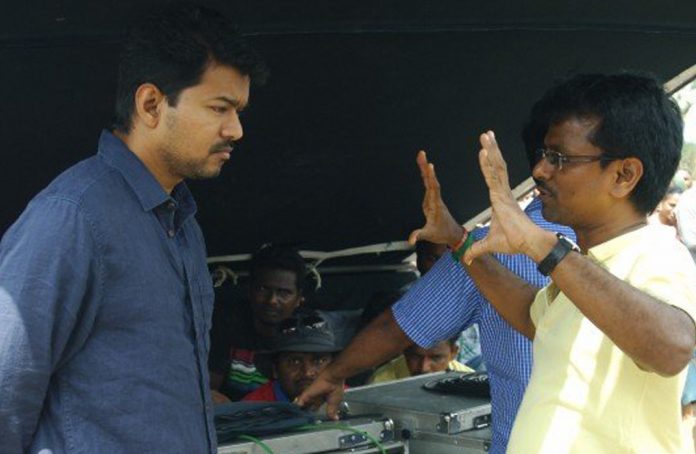 With the Kollywood going through intense strike for the past three weeks, the theatres have stopped screening new releases. In addition, the shooting of all movies have been stalled owing to the decisions undertaken by Tamil Film Producers Council. But to the contrary, it turned out to be a shocking situation to see producer J Satish Kumar tweet about Vijay 62. He wrote on his Twitter page, “Actor Vijay ‘s shooting is happening now at Victoria Hall. Where is our unity? How can our council give spl permission? I strongly oppose this decision. Don’t split up.” (Sic)

Reacting to this news, Durai Raj, TFPC Secretary clarified the news with an audio message. The statement goes as such, “It is on a special request by four productions houses that permission has been granted. This includes Sun Pictures, Anto Joseph, 18th Cross Pictures and Madras Enterprises (Nadodigal 2).  The permission has been given to shoot the movies for next 2-3 days. This is because a huge amount has been already spent upon the technicians and rental for few big places, especially Government buildings. Stalling the shooting of such movies will incur unwanted to loss to the producers. Henceforth, I request all the producers on behalf of TFPC to stop spreading such vague and unclear news.”