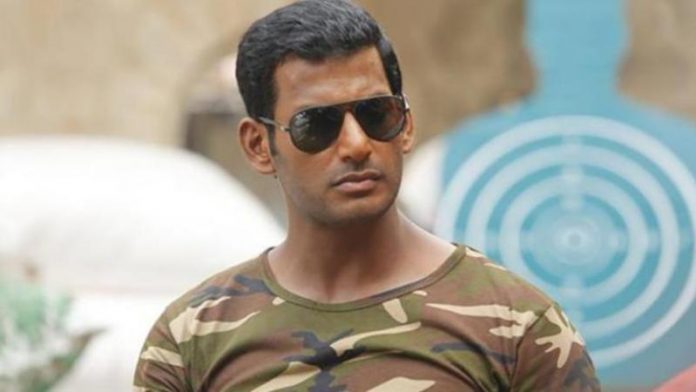 Vishal’s calendar is seemingly blocked with back to back commitments now both on his personal and professional front. The actor has returned just now from Turkey after a long schedule shoot for Sundar C’s untitled film, which has Tamannaah and Aishwarya Lakshmi in female lead roles. As soon as returning back, the actor has started shooting for his sequel to Irumbu Thirai, directed by debut filmmaker Anand. The film is tentatively titled as Irumbu Thirai 2, which s might not be the final one. It is now confirmed that Shraddha Srinath will be playing the female lead role in this movie and a top league actor has been considered to perform the negative role.

When it comes to the Nadigar Sangam elections, Vishal hasn’t expressed his decisions. However, he has affirmed that he will not leave the things incomplete.

As soon as the shooting of Irumbu Thirai sequel is completed, the actor will instantly start working on Thupparivalan 2. Mysskin who directed the first part will be wielding megaphone for this sequel as well. The highlighting factor is that the entire movie will be shot outside India and the makers have already finalized locations in Turkey and London.