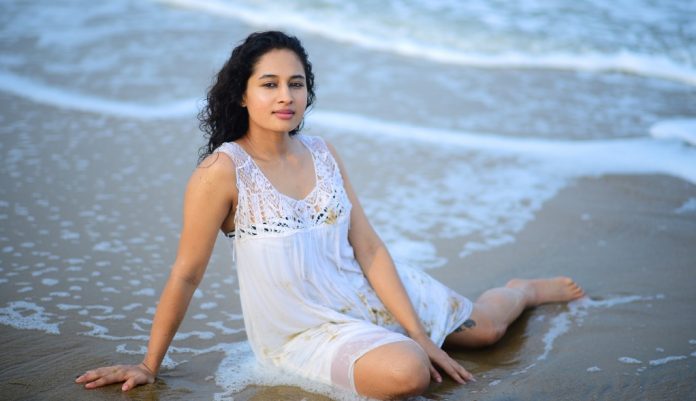 Sometimes, it’s surprising to see someone move out of their habitant zone and prove their proficiencies outside. Especially, for actress Pooja Ramachandran, who has been very much into English and Tamil linguistic confinement, she embarked on a bold attempt. This is all about entering Telugu Bigg Boss house. Famous actor Nani is hosting the show, where the show has now completed nearly 4 weeks. Despites the hardest challenge of speaking fluently in Telugu and having a barrier of not-so famous among people, she has managed to win the attention. Obviously, she has continued her stay inside the house for nearly four weeks, which is an incredulous thing. Factually, Actor Nani, host of the show has appreciated Pooja for her attempts to improvise her Telugu speaking ability.

It is noteworthy that actress Pooja Ramachandran shot to fame for her appealing show in SS Music. She became the overnight sensation as an anchor. Later, she ventured into films and played important roles in movies like Pizza, Kadhalil Sodhappuvadhu Yeppadi, Kanchana 2, Naban, Kalam and few more. Her upcoming film ‘Andhagaaram’ is scheduled for release shortly.