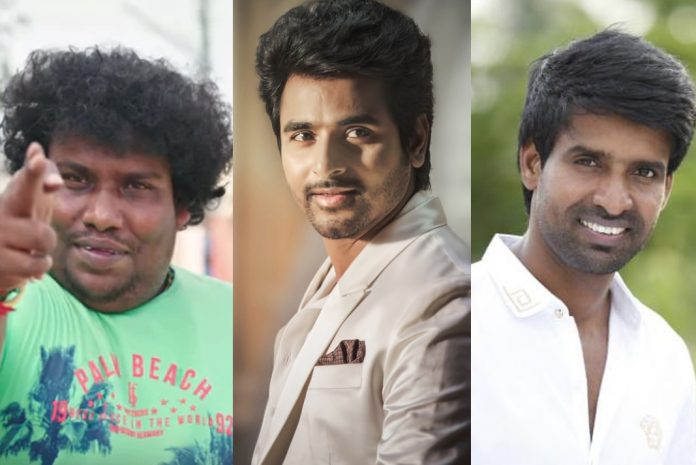 It’s getting on with the non-stop mode announcements for Sivakarthikeyan’s new film with Sun Pictures. The most celebrated production house has been unceasingly dropping into lots of surprising announcements. It all started last evening with the announcement over D Imman joining the team as music director followed by Anu Emmanuel and Aishwarya Rajesh performing the female lead roles. Just before few minutes, it is officially affirmed by Sun Pictures that Soori and Yogi Babu are getting onboard for tickling our funny bones with this film. Well, the star-cast and the technicians involved in the film itself evidently exhibits that the movie is going to be a 100% family entertainer.

Sivakarthikeyan’s Mr. Local scheduled for worldwide release on May 17 has already created a decorous reception on its pre-release phase. The film is directed by Rajesh and is produced by Studio Green Films K.E. Gnanavel Raja. Nayanthara is playing the female lead role in this movie, which has musical score by Hiphop Aadhi.

Getting on with the current status of Sivakarthikeyan, he has been rigorously shooting for ‘Hero’. The film is directed by PS Mithran of Irumbu Thirai fame and is produced by RD Raja of 24AM Studios.