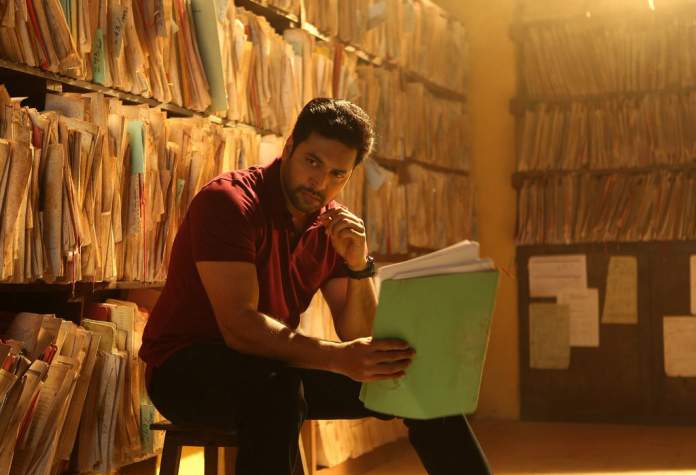 A police officer combating the social evil doers and what he gets in return is unbearable loss of his picture-perfect life. On the dot, this tale might look as an overused base across the decades in not just Tamil cinema, but universally. Filmmaker Karthik Thangavel makes his directorial debut with ‘Adanga Maru’, which is no such exception. A honest police officer is a new entrant into the department, where he comes across some suicidal cases in the same premise and later discovers them to be murders. His attempts to bring the cold-hearted criminals before the law devastates his life for worst then imagined. Jayam Ravi has been befittingly suiting to the role of angry young man. Very few actors possess those traits and its always a bliss to have him in such characters. His eyes can emote much more intensely than his body language. Adanga Maru has its major plus with Jayam Ravi’s screen presence. Raashi Khanna is an actress to watch out for in the Tamil industry.
Well, it is obvious that she isn’t someone to settle down with love interests of heroes, but can score big with female-oriented scripts as well. Sampath’s grey shaded role works out well, but only to a certain extent. Others in the star-cast get to perform decently in places among whom Azhagam Perumal is scintillating. Sometimes, it’s disappointing to see why such versatile performers aren’t utilized to full length roles. They are someone, who could fit well into any shoes. Getting on with the narrative aspect, there are few things that deserves special mention, Karthik Thangavel brings up an engrossing narration in the first half. The perfect picturing of how police department works, especially how a new entrant cop is given a cut-throat emotional task to inform parents about a girl’s death at night. Jayam Ravi spells an incredible work over there. The interval episode too is pretty stunning, but then the proceeding becomes more predictable. Too many episodes to bump off the baddies turns out to be staggering and this could have been kept crispy.
Musical score by Sam CS as usual is groovy with its BGMs and thanks to the director for not having any songs as most of them occur in montages. With the plot being too stereotypical of what we have already seen across years, it would have not been a constraint. Nonetheless, the screenplay getting quite feeble by the second hour could have been better.
Our Rating: 2.75/5