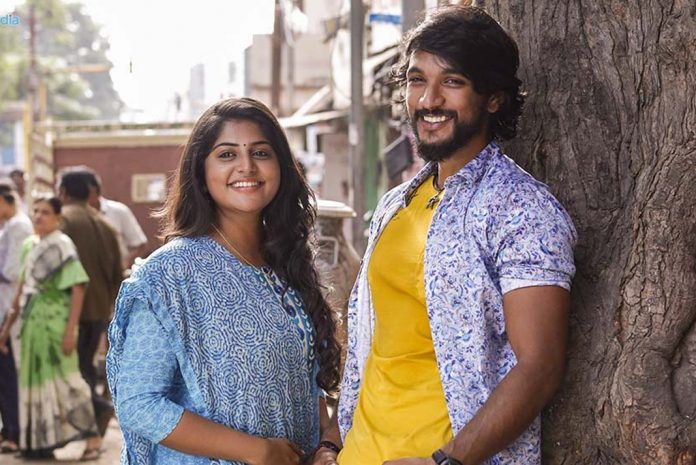 Time and again, films travel on few themes, which remain as a mandatory element of course, you can’t avoid them. Across the years, village or sub-urban based films have mostly touched upon the sensitive themes of ‘female related crisis’. In Devarattam, it’s no different as the protagonist seeks up the revenge against a gruesome deed of a gangster. Filmmaker Muthaiah has always owned a craftsmanship of making similar themed movies, but yet they manage to win our attention.

The first earnest reason is about the sentiments in family relationships. There could have been few instances, where we might feel things are stereotypical in his movies, yet, we loved watching them. But, the problem with Devarattam is that it feels too much close to the ‘Expiry Date’, where we are already stuffed up with lots of such instances. Brother-sister sentiments, angry young man Vs cruel rich baddies, especially gangsters and such ingredients have already been time-worn factors in Muthaiah movies.

Starting off with few pluses, Gautham Karthik has tried to render an impeccable performance, but in many places, we find that it took up this film merely to upgrade his status as a commercial mass hero. The end result – he remains average. Manjima Mohan looks like a victim hit by famine. Others in the star-cast have been considerably good with their roles. Vinodhini stands out to be a showstopper playing the role of elder sister of Gautham Karthik. Apparently, as we move into the directorial and storytelling department, there are certain pros.

It’s deliberately the emotional depth that exists in places. However, when it comes to main conflict, it turns out to be a time and again tested formula and we don’t find anything new, except for the impulsive emotions that audience might and then leave it back. The first half has some engrossing moments, but post-intermission scenes are totally irking up after certain extent.

Cinematography is quite appreciable and it’s Nivas K Prasanna, who manages to keep us enthralled to certain extent.

Although, there is a message that Muthaiah tries to convey that ‘Men are supposed to safeguard women, not hurt them’. Yes, it’s good, but overdosed violence and lots of action blocks, especially in second hour with irrelevant songs makes it a too mediocre film.