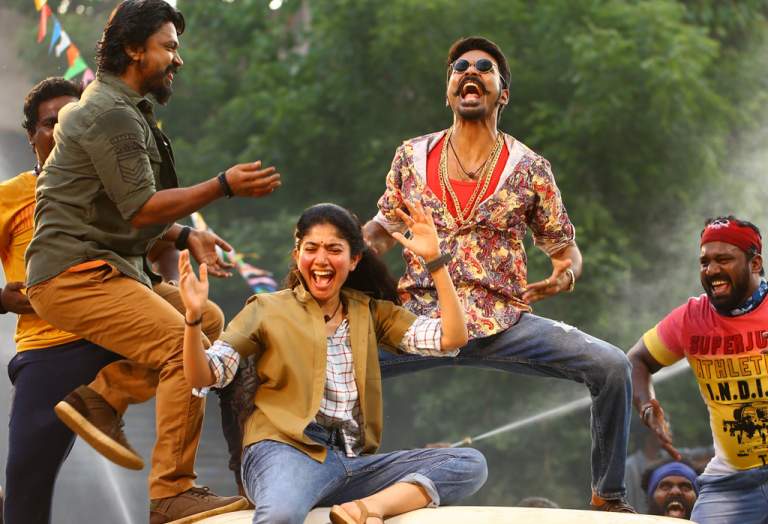 Soon after watching Velai Illa Pattadhaari 2, there were some mixed reviews involving the treatment of its sequel. While the diehard fans of first part didn’t find the mass elements, but had only matured moments in the life of Raghuvaran couldn’t accept it. Of course, the reviews were mixed and Dhanush was happy as a producer. He had openly admitted that even before even the release, they were sure about such receptions and it wouldn’t be as big as the first part. Eventually , ‘Maari 2’ seems to be made with the same belief. But what turns out to be problem with ‘Maari 2’ is that it had its own panache of not banking its trust on storyline, but purely mass moments, humour, fight and music. If you’re entering into theatres with such sumptuous expectations, you’re somehow commuted with right moment till first half. However, lots of emotional insertions over friendship, love and even tragedy doesn’t give them what they actually looked for. This isn’t something to compare between the two installments, but obviously ‘Maari’ elements go missing in many places. Moreover, the basic plot of Maari 2 itself remains vague, where certain surprise elements should have been hold up till second hour.

Yes, the film has a laudable performance by everyone. In fact, Dhanush hadn’t combated with a better villain Tovino Thomas in the recent times. In fact, it’s a gift for leading actor to get such a powerful actor in negative character opposite them, but it’s only Tovino Thomas we see so much powerful and there could have been few more scenes involving both of them. Sai Pallavi gives a decent screen presence, except for some places, where she tries funny ‘Loose-u Ponnu’ acts. Of course, she just mesmerizes you in dance, where even you forget to notice Dhanush in ‘Rowdy Baby’.

Yuvan Shankar Raja’s background score is good, but theatres go crazy when they Anirudh’s musical bits from the first part. It is more than enough factor to experience the actual mindset of fans.

While Balaji Mohan is known for making humour and feel-good romance stories in both big screens and digital platforms, we would like to see him soon into this style. Yes, Maari was greatly accepted by fans for the abovementioned element, whereas, there is nothing to blame with the presentation of Maari 2, but again, end of this day – this was supposed to be a film made for its fan base.