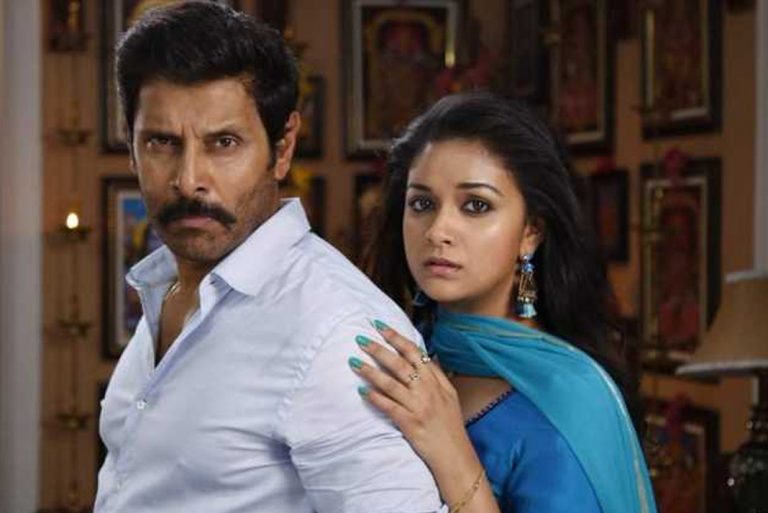 The brand ‘Saamy’ has carried its charm beyond years and even today 16 years after its release, we earnestly want to watch it over and again. Filmmaker Hari having tasted success with a sequel in Singam franchise geared up for the same through ‘Saamy Square’. But unlike the first part, this one turns out to be a mixed bag of experience for the audience. If you’ve been a keen follower of Hari movies, you would easily notice the difference in presentation of movies during his initial stages and Post-Singam. In films like Tamizh and Saamy, he maintained a strong consistency of engaging narration, where raciness would be found decorously. But in the recent years, we have been witnessing that namesake raciness only through his rapid fast cuts and camera jerks. This latter category would often push the audiences into restless moments and it happens to be the same with Saamy Square as well.

In fact, the premise in Saamy Square has got that emotional substantiality, where the father-son quotients could have been impacted more. But things turn out to be a bizarre here due to fallible writing. If there could be one strong fact that outperforms the prequel, then it is obviously, the breathtaking action sequences. No doubt! Vikram has just given an incredible performance with it. Even his performance is tremendous (But as everyone knows most of his performances goes in vain that we have noticed in many movies). It looks like director Hari has been brimming up with over-confidence that whatever he delivers would be received well by the audience. Or else, why would be ruin the beautiful character of Bhuvana by bringing in another actress for replacement. Albeit the fact that Aishwarya Rajesh has delivered a neat performance, it’s still Trisha, who remains so close to our heart isn’t she? One more terrible blunder is hilarious episodes of Soori, which doesn’t even let us smile for a second. Director Hari must start focusing more into this department as most of his recent movies have been missing this element. When it comes to romantic part, it doesn’t work out well between Vikram and Keerthy Suresh. Bobby Simha’s dialogue delivery is turning out to be more ludicrous, especially with the Ceylon Tamil slang. The places, where his voice has to create a terror turns out to be funny.

None of the songs impress us vividly and even the placement too looks odd. On a precise note, Hari movies usually have huge scope for songs, but in this one, it goes completely missing.

Why is John Vijay being wasted here? There are lots of such questions, where we go unanswered.

On the whole, Saamy Square travels with more episodes, which gets funny resentments from audience, especially for the way graphics are done to show the father-son connect. By the end of show, it’s an uniform thought – Director Hari should really unlearn and try to revive himself.