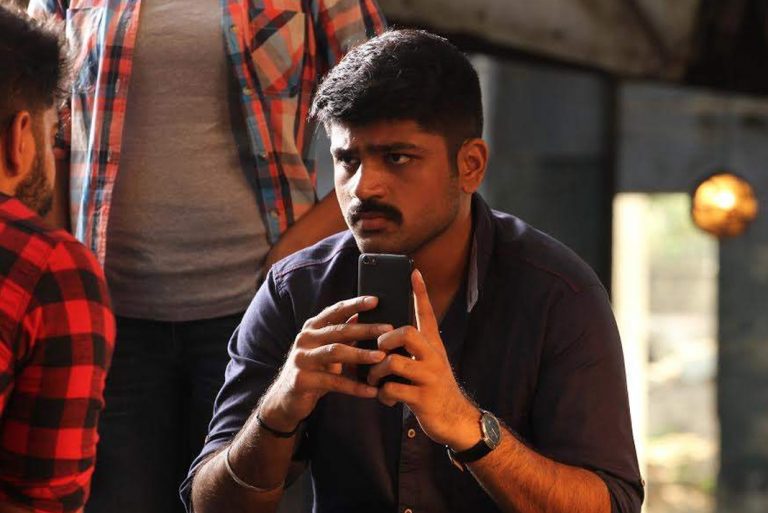 The tale of mysteries has always been finding it best reception in Tamil cinema irrespective of who the star-cast or technical team is. It has been witnessed over the recent times with the movies like Iravukku Aayiram Kangal. Well, in Raja Ranguski, filmmaker Dharani Dharan brings up quite a commendable plot, which deserves special appreciations. The tale is about a police constable Raja (Sirish), who is framed as the criminal behind a murder of a women (Anupama) residing in the neighborhood of his girlfriend Ranguski (Chandini Tamilarasan). Adding more pressures to Raja’s situation is that he happens to be the same place, where the series of murders happen as well.

Shirish owns a pretty laudable screen presence, which happens to be his major strength. Having attempted with a strong role in Metro, his choice of picking up Raja Ranguski is much appreciable. With Chandini Tamilarasan, it is very much noticeable that she has been striving for a breakthrough and might find it soon. But this one is just a mediocre one for her, though her role has a lot of contributing factor to the story’s progression. Kalloori Vino has nothing to be blamed up on his performance but is a complete mismatch to the story.

A considerable problem with Raja Ranguski is that Dharani Dharan tries to impress both the multiplex and single screen audiences. This is where Raja Ranguski struggled a bit and if the filmmaker had tried implementing the narration avoiding the unwanted humour, the story would have gained much more significance.

Over the technical panorama, a complete disappointment from Yuvan Shankar Raja… Maybe, the couple of songs ‘Naan Yarunnu Theriyuma’ followed by ‘Pattukutty’ had its effectual prominence, but rest of the songs, especially the Kuthu number by the end doesn’t look like a YSR product.

Summing upon the whole, Raja Ranguski carries a decent premise, especially for the gripping final episode, but if narrated with much more well-packaged twists and turns without any distractions, it would have created an in-depth impact.