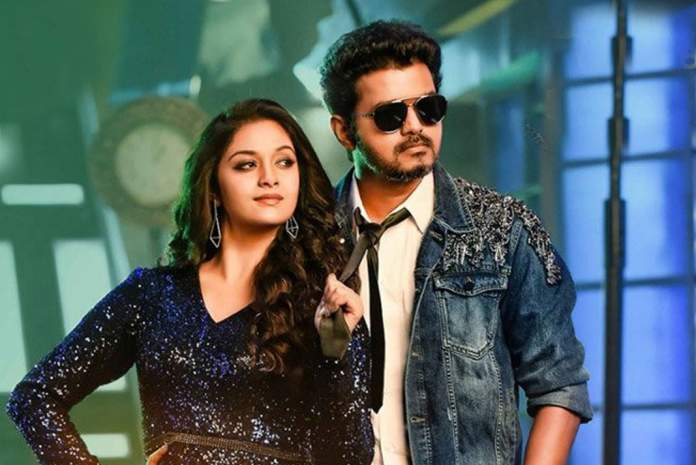 A sophisticated billionaire often ennobled as the corporate monster on the global panorama lands comes to Tamil Nadu for casting his vote only to realize that someone has made a bogus cast. What unfolds next is how his ambitious mission of bringing a revolutionary change leaves in combat with the reigning politicians.

There are a few things that stand out to be a hard-hitting quotient in Sarkar. Obviously, the first question anybody would ask upon a new entrant in politics is simple, the price tag of a vegetable. AR Murugadoss has very well projected the scene, where the protagonist reaches Ayodhi Kuppam to meet the people and he speaks about the Tomato. Absolutely, it’s a scene that looks partially reminiscent of Kaththi climax.

In the same scene, we find the justification behind the character being so much concerned about casting the vote. In such sequences, AR Murugadoss has done a neat writing that imbibes us emotionally. But there are few things that seem to be go wrong in the film’s narration. The biggest problem is that the first 30 minutes are really gripping and something completely exciting, but it fails to be the same in the aftermath episodes. In fact, the second half becomes more off drama, where Vijay fans might not get what they usually expect from him. It becomes preachier indeed, which even happens to be good, but in a few places. Well, AR Murugadoss had followed a similarly styled narration in 7am Arivu where he had played a risky bet of revealing major theme in first 20 mins and it became tougher to proceed ahead. The same comes occurs with Sarkar, where the conflict is seen by the 10th minute from title credits, but after some time, the narration drops down with momentum.

Yet another basic problem with the film is that Vijay’s character is showcased with terms as ‘Corporate Monster’, ‘Corporate Criminal’, “He will thrust empires into dust”, etc, etc… In all likelihood, we tend to expect some brainy fights with him, but except for the scene, where he does the YouTube promotion of ad, it all stops here. Then, it’s all about the routine brawny hero. But again, Ram Lakshman deserve the tons of appreciations for bringing the anger into action. The songs don’t capture much of our interest. AR Rahman’s BGM for few scenes are really awesome, especially the episodes involving Varalaxmi Sarathkumar are brilliant. Top Tucker happens to be a pure massive treat occurring throughout the film.

Keerthy Suresh’s characterization is completely wasted and she has nothing to do. Varalaxmi Sarathkumar gets a decent role to perform. Pala Karuppaiah is a showstopper here alongside Radharavi. Both of them just leave us in praises for them with their performances.

On the whole, Sarkar has its feast set for Vijay fans with AR Murugadoss bringing in a new theme of 49-P in election rules. This is something that has to be appreciated, but a stretch of dramatic moments makes it little middling by the second hour.