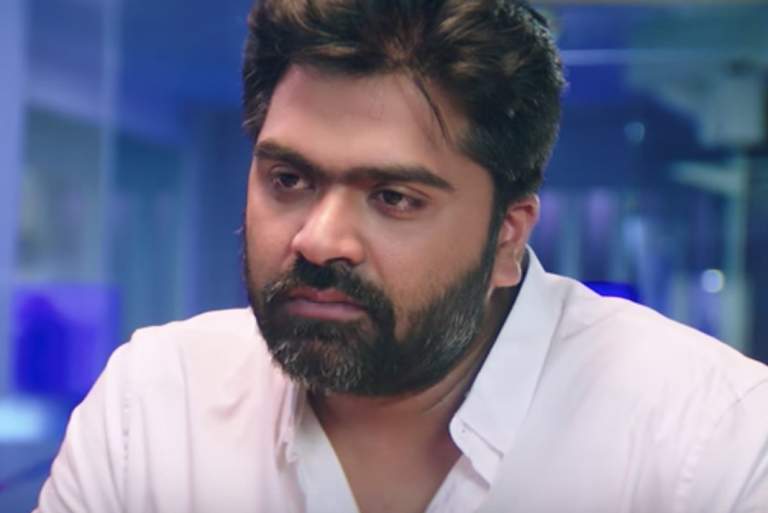 Undoubtedly, STR has been someone, who has always been on his fastest approach of doing anything for the sake of friendship. In fact, he happens to be one among the few actors, who has done cameo in many Tamil movies. Despites his busy schedules of shooting back to back, the actor has now played a special cameo in Jyotika starrer ‘Kaatrin Mozhi’. The film’s new theatrical trailer has a particular shot by the end of trailer, where he says, “The world’s most commonly used word is ‘Hello’, but your ‘Hello’ is something unique and fabulous”. The scene actually goes this way, where Jyotika hosts a FM show based on Love and Relationship. STR arrives as a special guest and it’s the compliment he gives for Jo.

Kaatrin Mozhi Theatrical trailer endues a package of fun, romance, family, sentiments and emotions. Moreover, it is evident that the film isn’t going to be a female centric one, but a film based on pure relationship between husband and wife.

The original version in Hindi titled ‘Tumhari Sulu’ had Vidya Balan doing the lead role while Ayushman Khuranna appeared in the cameo role. Kaatrin Mozhi is produced by BOFTA Entertainment India Pvt Ltd and is directed by Radha Mohan, which is scheduled for October 16 release.