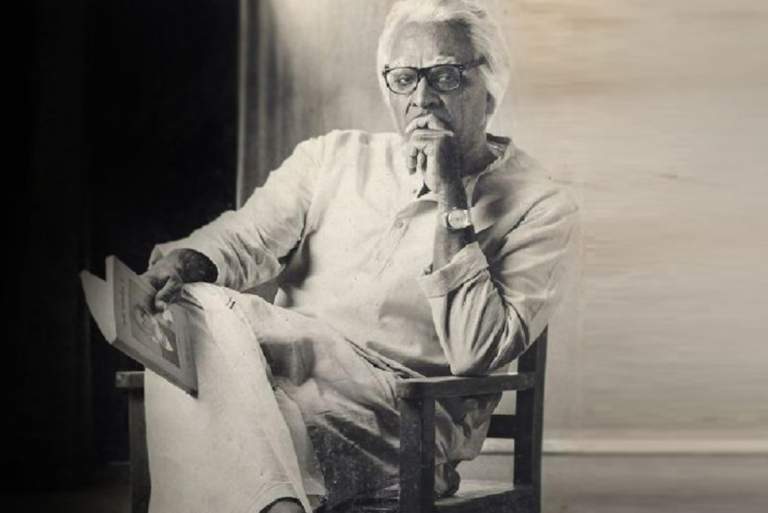 Balaji Tharaneetharan owns a unique style, where he would choose a ‘Dark Theme’ and treat it with humour. Exactly, if you’re viewing his debut film ‘Naduvula Konjam Pakkatha Kaanom’ twice, just to experience emotions at a time and humour for the other round, you’ll accept his paradigm. Well, we are still awaiting the release of his second outing ‘Oru Pakka Kathai’, but Ayya starrer ‘Seethakaathi’ had kindled our interests to a greater extent. Thanks to Vijay Sethupathi for his outspoken affirmation “I will be appearing only for 40 minutes in the film, but my presence will be felt throughout the screen duration”. Yes, we do mean ‘AYYA starrer’ precisely for one reason. Vijay Sethupathi fans have nothing in special to relish here. His foretold 40mins are just restricted to 25mins and the screen duration is almost 3HRS (162 minutes).

If you’re looking out for what’s the story all about, excuse us – IT’S GOING TO BE A SPOILER, so we do request you to experience it by yourself on screens.

The first and foremost thing that we tend to notice in the film is Balaji Tharaneetharan’s directorial impact. Just when Vijay Sethupathi completes his stage play and goes back home by auto rickshaw, he comes across various people. Group of youngsters clicking selfies, men rushing into bars and no one has eye-to-eye contact and smile except for a child in the moving bus smiles at him. This distinctly shows that its old age and the childhood are still unpolluted with gadgets and busy world. The other scene is where Vijay Sethupathi as Aurangzeb humbly thanks with ‘Namaskar’ (This has connectivity throughout the film even before final credits). The first 25 minutes are completely laced with dramatic moments, but the greatest highlight is where Vijay Sethupathi enacts Aurangzeb role for 7 minutes without any cuts. Eventually, the humour elements add up by next episodes, especially with Rajkumar who leaves you in complete laughter. Actor Sunil befittingly gets you into humour mode during second hour, especially the courtroom scene is extraordinary.

But then what turns out to be a minus is the running length, especially the second hour. Although, the scenes by Sunil are humorous, most of the portions replicate nothing but the first half drama. In fact, around 40 minutes by second half tests our patience slightly. Despites the fact that the climax touch is more emotional, it fails to have that impact as the first half moments. Watch out for the scene where Mouli experiences something phenomenal and he’s none other than audiences themselves, who are puzzled what’s ahead.

Govind Vasantha’s musical score is more compelling in various places and he keeps escalating his standard with each movie.

Overall, Balaji Tharaneetharan has picked up a strong experimental tale that none would attempt for. Especially, it’s Vijay Sethupathi who needs special mention for encouraging such genres with his support. But if the screenplay was kept crisp reducing the running length, the film would have been more engrossing.