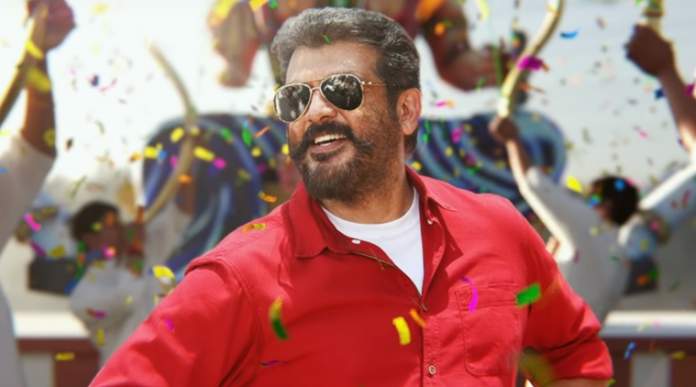 Well, the diehard fans of Thala Ajith Kumar are irresistibly bounded to ultimate celebrations with the official announcement of Viswasam release for Pongal. Concurrently, it happens that any special announcements or poster, audio, teaser releases of an Ajith Kumar film would be made on Thursdays as sentimental factor. Obviously, it has been the same with ‘Viswasam’ as well, which includes the announcement of project followed by the first and second looks were released on Thursdays except for the motion poster that came unexpectedly on a Sunday night. Well, this has been one of the most happening surprises as it comes to Viswasam updates. Well, then with the film hitting screens for the festive occasion of Pongal, there are merely few Thursdays left, which will have the first single track, audio, teaser and trailer ahead. Now this gives us a blind assumption – Will Viswasam have something special like single track this Thursday – December 6?

The recent release of Motion poster has turned to be an amazing hit on YouTube. Siva is collaborating with Ajith Kumar for the fourth time after three movies – Veeram, Vedalam and Vivegam. The film is produced by Sathyajyothi Films with D Imman composing music. Nayanthara is playing the female lead role in this film, which has a huge star-cast.