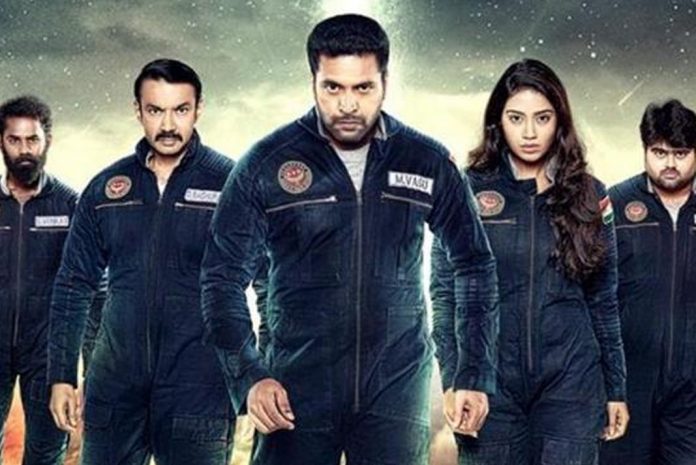 There is couple of things that Tik Tik Tik will be definitely acclaimed for – One being the first ever space based movie made in Indian film history. The other obvious reason is placing such alien genre laced with thriller. Yes, we have come across many such illustrations in the Hollywood and International cinema, but then, lacing both these ingredients together is something phenomenal. Stepping aside from these aspects, there are few more salient features in this film, where the so-called Director’s cut is prevalent.

In his erstwhile movies like Naaigal Jaakirathai (Man and Dog), Miruthan (Brother-sister), the emotional values were much emphasized.  Over here in Tik Tik Tik, he brings in the premise laced with father-son relationship. Moreover, to see the real life father and son (Jayam Ravi and Aarav) adds more emotions.

Characters in the film

Now getting straight into the analysis, we have certain paradigms that sets us adhered to the movie. The detailed work involved in space research is done to a good extent. But then, there are diminishing factors like unwanted comedy sequences. The inclusion of characters like Ramesh Thilak and Arjun look slightly amateur. Would such persons be easily allowed for a space journey for the sake that one can fold himself into a carton box? We see Arjun taking out a Tab and easily hacking anything in the space station. Of course, the director establishes his character to make us believe that he is able to even change third umpire’s decision. But such things look amateur and it cannot be justified that this is all done to compromise with commercial audiences.

But the lead actors – Jayam Ravi and Nivetha Pethuraj have exerted their best into their roles. It is evident in each and every scene for they have taken everything seriously on dedication. Jayaprakash, Vincent Ashokan and others look good with what they have done.

The major attraction in the technical department is CG. Yes, it looks slightly mediocre in many places, but the final 30 minutes, where the actual drama is set with thrill moments eclipse them. The art department has done a remarkable work for letting us forget the fact that it’s a set work and we are really into a space. It’s so hard to bring out such impact and this team surpasses with it. D Imman’s background score works out good enhancements for the visuals. It’s good that there is only one ‘Kurumba’ and rest occurs as a part of background score.

Producer Nemichand Jhabak deserves special praises for laying his trust upon a genre that is never attempted before.

On the whole, Tik Tik Tik gets perfectly noted for its ambitious effort of offering a space based experience. If either the running time was 100 minutes or the current length (132 minutes) was loaded with few more engaging moments, just like the final episodes, the movie would have definitely kept us 100% engrossed.

Verdict: Give it a watch and you’ll feel worthy for the first of its kind experience