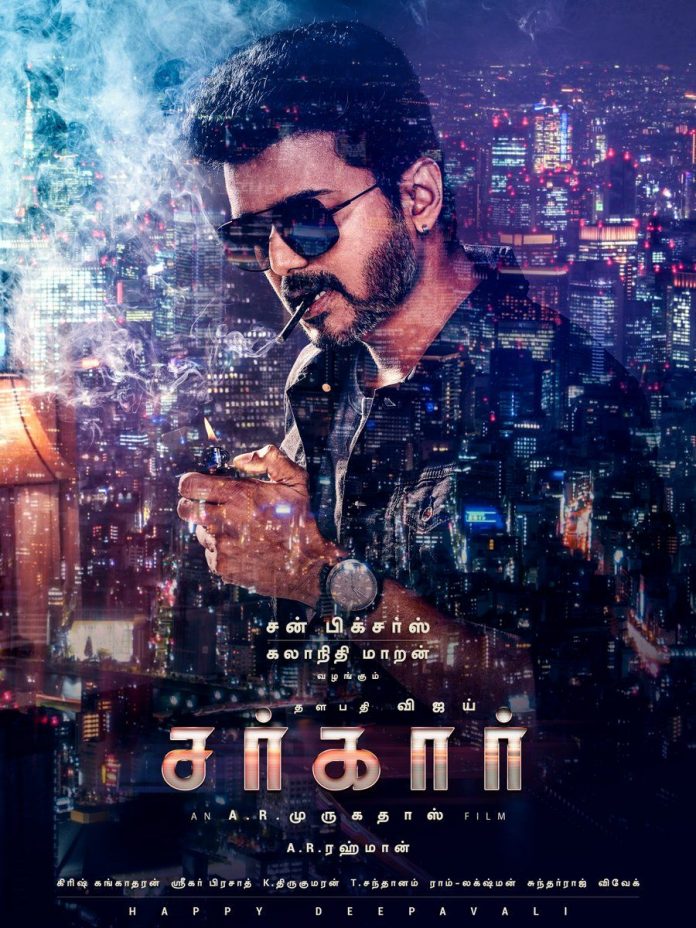 Finally, after much long wait for months, the official announcement of Thalapathy 62 along with the first look is made. Yes, Sarkar is the title of Vijay’s upcoming film. Sun Pictures is always known for its unique style of stealing the spotlights. Unexceptionally, it had kept everyone hooked upon this announcement for the past one week.  Ultimately, their plans have worked out perfectly, thereby setting a huge lease of celebration.

Looking back into the past, Vettaikaaran and Sura were the couple of movies that saw the association of Vijay and Sun Pictures. In the same manner, Vijay-AR Murugadoss duo had offered the blockbuster treat with Thuppakki and Kaththi.

Sarkar shooting has been happening on full swing from January 2018. The first schedule was filmed in ECR followed by few portions in Kolkata. Regrettably, Kollywood strike had eventually pushed its impact on shelving the shoot for a month. Nevertheless, the team bounced back with continuous shoot in and around Chennai.

More than all, AR Rahman’s musical score is adding more beautification to the film. In fact, AR Rahman’s previous album ‘Mersal’ with Vijay is still making lots of achievements in the online and digital platforms.

In addition, Keerthy Suresh is teaming up with Vijay for the second time after Bairavaa. Varalaxmi Sarathkumar, Yogi Babu, Radharavi and few more top league actors are part of the star-cast.

Abosolutely, AR Murugadoss has confirmed that Sarkar will hit screens for Diwali 2018.