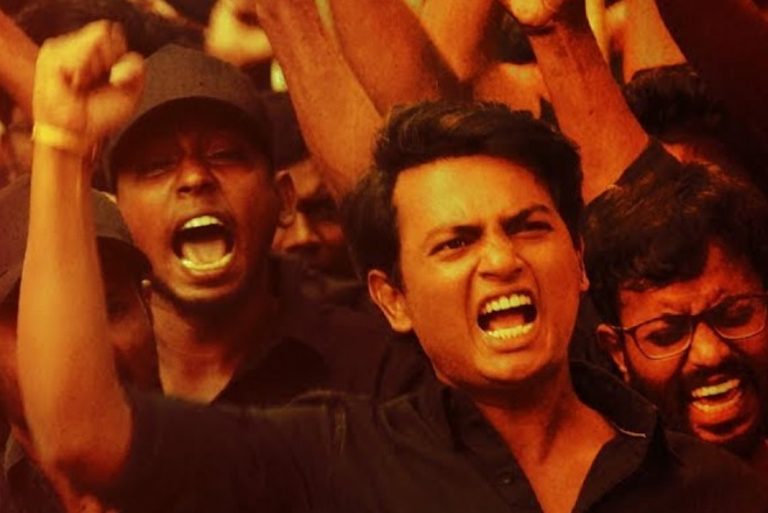 In the theory of filmmaking, there are two classifications. One being a good filmmaking and another one is smart filmmaking. When it comes to Uriyadi 2, it is all about mix of both the diversified nature. Well, if you’re looking into the keenest factors, we will bring into distinctly through our analysis through this Uriyadi 2 Movie Review.

The story revolves a billionaire Raj Prakash setting up a factory in Senkathirmalai, which is located at Southern part of Tamil Nadu. There are two more characters – Thamizh Kumaran, a politician from the ruling party and aide of Raj Prakash and a caste based leader Sengai Kumaran which are having desirous about plans. With this notorious minded personalities have their realms; the factory has some terrible hazardous effects causing pollution in the neighborhood costing many lives. It’s where the innocent Lenin Vijay (Vijay Kumar) and his friends, who are working in this factory gain awareness about what’s actually happening and it’s time for them to break into combat to set things right.

As cited above, we would distinctly classify the film into two categories. When it comes to good filmmaking, it involves the way how Vijay Kumar has created the characters and major premise of the story. As on smart filmmaking, it is all about the way how the few portions in the first half and even the way how the climax is written. Yes, it can be regarded as a minus, if we are critically analysing them, but the audiences, who are there to enjoy some commercial ingredients, they wouldn’t consider this to be the same. The first half takes some time to settle down with the premise and establishing the characters. It has some sluggish moments too and Vijay Kumar has taken the course of inspiration from his first part, where the momentum actually builds up by the first half. Similarly, we start guessing by the episodes in second hour on how the climax would end up with. Without any options as in realistic grounds, Vijay Kumar gives a culmination with commercial touch. Dialogues turn to be one of the major strengths and it works out some magic in places with audiences.

On the technical grounds, Govind Vasantha has tried giving his nuances. It’s too early to comment though, but his BGMs, especially with the fast-paced one look stereotypical. Maybe, he would soon change his course of style.

Sparring some drawbacks with narration and prototyped climax, maybe, the audiences might feel it more convincing for the real life incidents might have an emotional impact.