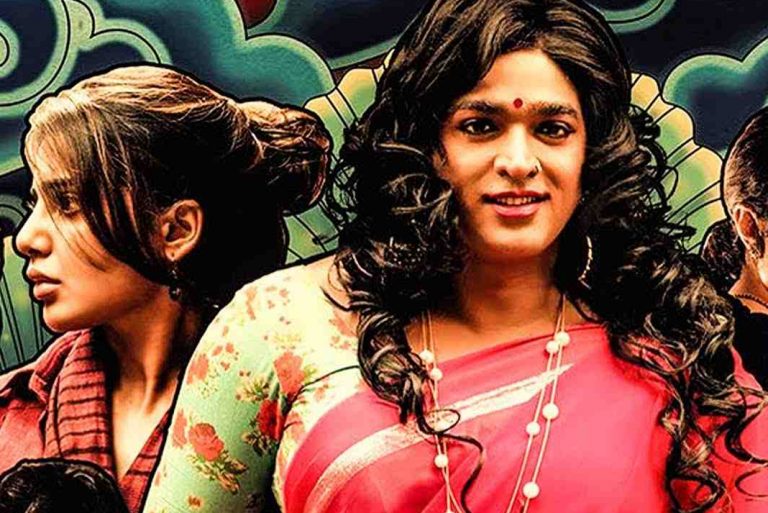 Thiyagarajan Kumararaja has been a stern disciplinarian when it comes to grading his visuals or throwing up the shockingly repellent realities unconditionally. His maiden debut ‘Aaranya Kaandam’ proved to be an ample dose of such ingredients. After a long hiatus of this film, he is here back with ‘Super Deluxe’. Significantly, the film having an array of power house performers like Vijay Sethupathi, Fahadh Faasil, Samantha, Ramya Krishnan, Mysskin and many others… The coalescence of such attributes with spellbinding technical vistas commutes us to his world of imaginations.

Yes, there are lots of fascinating prospects about the film and it becomes a need of hour to refrain from revealing them. Anything more or less would turn out to be a spoiler indeed. The film revolves around the unexpected incidents that happen among the characters in span of 24 hours. It’s a kind of anthology, where Thiyagarajan tries to merge them at a point. Let’s begin with the sparklers of brownie points. Meaty characters and the dialogues that reflect their perspective of life and society are the first of all attractions. A frustrated foul-mouthed husband yelling at his wife inside lift and in between cursing the political scenario and bringing up a reality strike on ATM machines wins our applause instantly.

All throughout the film, Thiyagarajan has endeavoured applying how a kid and teen see the world. The final revelation through the words of a doctor onscreen and his conclusion, “But it all starts with this…..” is fabulous. Yuvan Shankar Raja stands out to be the ultimate sorcerer in bringing up an exceedingly brilliant music. Just look up for the scene, where Mysskin and Vijay Sethupathi come across each other in a subway. With lots of big names involving cinematography, we are just left awestruck with the graffiti works, scratched up walls and tints in every frame.

Every character looks so much promising, but when it comes to performance, its Fahadh Faasil ruling the show. Vijay Sethupathi’s voice modulation could have been better. Yes, his performance in couple of scenes is marvelous though. Samantha just spearheads with a bold role. You hate her and finally you want to love her much alike her onscreen spouse.

So, what’s the problem with Super Deluxe? Each parallel story has eccentrically valuable theme with earnest maturity. However, juggling into different stories hampers our focus after a certain extent. Moreover, we need to wait for the last 20 minutes, where fantasy meets emotions, confessions meets love and what stands out to be an intriguing one is the final conversations of Ramya Krishnan. After a certain extent, Thiyagarajan Kumararaja’s narration becomes too egoistic, where every scene looks stretched out a lot. If this was avoided, then Super Deluxe would have distinctly found its bright leap into the abyss zone of audiences, who might perceive this to be an alien experience now.