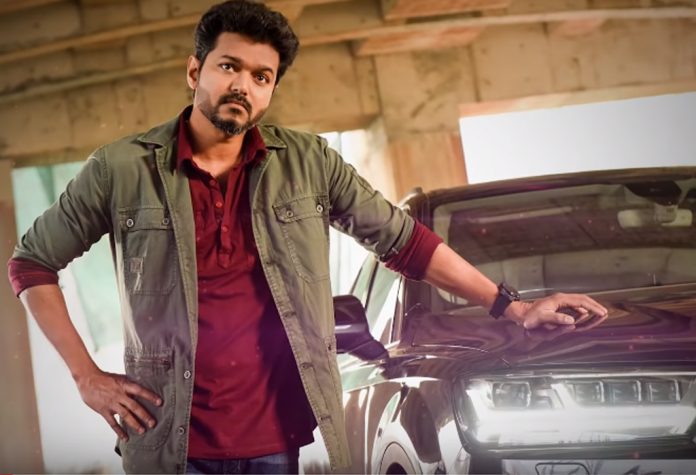 There are few things that come up with freshness with the musical analysis of ‘Sarkar’. Yes, it’s the combination of AR Rahman and Vijay that instantly stands out to the earnest attractions for their biggest brands. In fact, their collaborations in ‘Udhaya’, ‘Azhagiya Tamizh Magan’ and ‘Mersal’ have been at its best based on different musical genres. Of course, this album has something of that sort to be noticed and check out our Sarkar Music Review to grasp them out. The film is directed by AR Murugadoss and is produced by Sun Pictures. Vijay, Keerthy Suresh and Varalaxmi Sarathkumar will be seen in lead roles.

The entire album will be dissected based on how different, fresh and appealing it makes. In this regard, Simtaangaran is a real big surprise that we would have never expected AR Rahman to offer us, especially in this point of time. Of course, this is completely for the taste of actor Vijay fans. But then, the way, he has balanced the ‘genre’ in his style is something really appreciable. There are no harsh sounds over the percussions and even the rendition of singers.

The song stands out to be an instant attraction. The reason is the Lyricist Vivek’s stupendous lyrical line that reflects the current scenario. Naturally, when it comes emblazoned with the vocalism of AR Rahman, it gets its Midas-Touch. There’s a feel of International touch, especially with the interludes that owns such panache. In particular, the way AR Rahman touches the high pitched rendition by the final moments are just magical.

It’s been a rarity to hear such a massive number from AR Rahman’s store. Indeed, Vijay’s albums have never missed to have such songs, but to see the techno blast through the mixing is something literally marvelous. To hear Mohit Chauhan break his routine style of musical phonation and come up with a Mass-Western track is exciting. Yet again, Rahman’s sound engineering comes helping a lot to eclipse the rest and yet outstanding.

Mark our words! For the initial times of hearing, this might not be your cherry-pick, but as it goes on with time, the musical brew bring a fabulous experience. For the first few times, it all about the sound and mixing later followed by the lyrical essence. When they’ll get grasped, it turns to be an appealing number. The words like OMG, BFF, ASAP, etc usually happen to be a paradigm of Madan Karky, But Vivek explores into this new panorama and indeed accomplishes successfully.

CEO in the House

Much alike the previous number, this one gets striding through ‘EDM’ language and they become a slow poison to get you addicted. The DJ stuffs out here with the fill-ins that come with a newfangled rendition by Nakul, which keeps your senses on the rotating mode. The lyrical lines are so simple and the way the vocalizing parts is synchronized as its best.

On the whole, while looking into the overall analysis, what makes ‘Sarkar’ special is that AR Rahman has made Vijay travel into a new zone. It’s like taking up a favourite pattern of Vijay’s routine style throughout ‘Simtaangaran’ and slightly pushing into new arena of EDMs and Techno strokes.