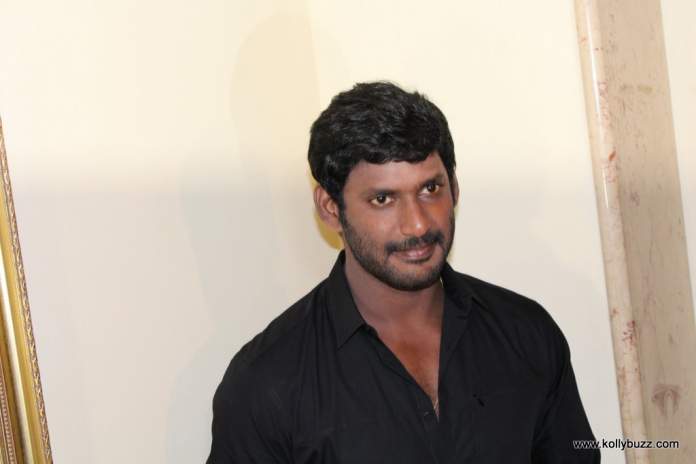 Actor Vishal had pre-determined that his marriage will take place after the construction of Nadigar Sangam new building. In fact, he had affirmed that his marriage will happen at the marriage hall in the same premise. It looks like Vishal’s dream is coming true now, where he would be entering wedlock with Anisha, daughter a top business tycoon in Andhra Pradesh. Actor Vishal’s father-producer GK Reddy has confirmed the news to a leading Tamil daily newspaper. In this report, it is mentioned that Vishal and his family will be flying down to Hyderabad for the engagement ceremony, where the marriage date will be fixed as well.

Over the past few years, there have been rumours involving Vishal’s romantic link up with a famous actress. However, it looks like everything has come to an end with the official word from Vishal’s father involving his marriage.

Currently, Vishal is shooting for his upcoming film ‘Ayogya’, which is a remake of super hit Telugu movie ‘Temper’. Soon after the completion of this film, Vishal will be teaming up with Sundar C for a commercial entertainer, which is reportedly produced by Lyca Productions.