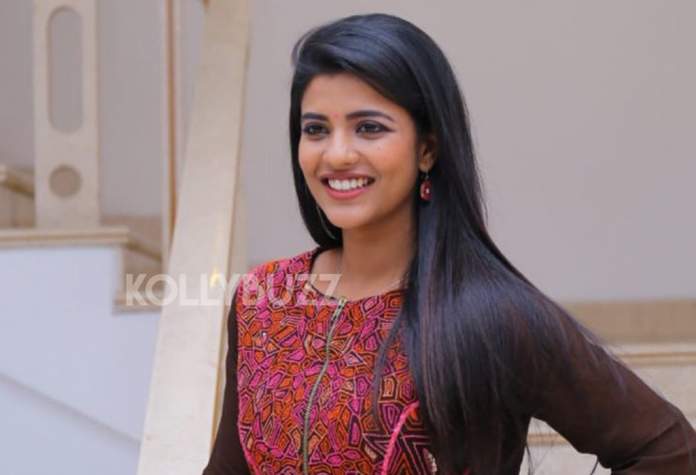 Actress Aishwarya Rajesh had a wonderful year in 2018 with some of the best acclaimed flicks in her league. Obviously, this includes Mani Ratnam’s Chekka Chivantha Vaanam, Dhanush starrer Vada Chennai followed by a perfect yearend release of ‘Kanaa’. The film has been faring well in box office and has won incredulous acclaims for the actress. Last evening (January 7), the entire team of ‘Kanaa’ celebrated the success meet, where everyone in the cast and crew were felicitated with shields. As everyone spoke upon the occasion, Aishwarya Rajesh came up poking fun at success meets of movies. She said, “It happens that success meets and parties are hosted just like that when the film is a flop. However, Kanaa happens to be a real big success.” Apparently, as Aishwarya rendered these words, Sivakarthikeyan made a hilarious gesture of rushing towards the podium and asking her to get down.

Aftermath, it was the turn of Sathyaraj as he said, “I second what all Aishwarya Rajesh said except the final statement.” He kept repeating it often, when Aishwarya interrupted and asked, why he keeps on repeating it. Sathyaraj gave a funny reply, “Yes, I have to keep repeating it or else they would forget it.”

The occasion of Kanaa success meet overwhelmed with happiness as everyone were seen cheerful. In fact, the special invitees including press and media were kept engrossed with DJ giving hilarious touch with dialogues and songs when the celebrities spoke on the stage.