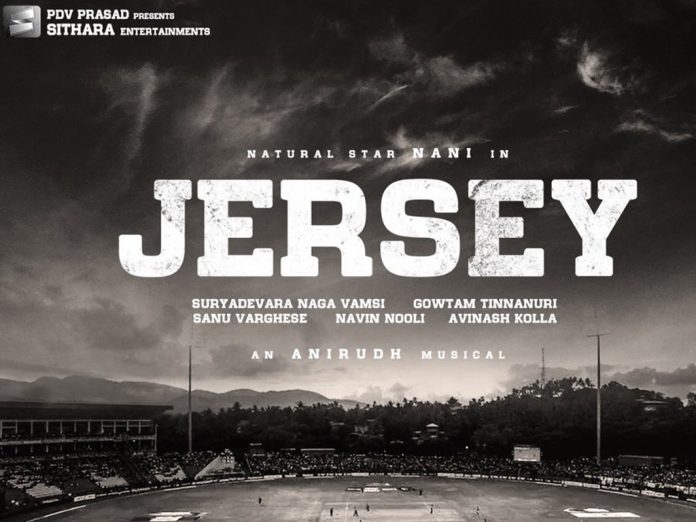 Anirudh gets onboard for Nani’s Jersey

Lots of surprising spells are making their way out from Anirudh’s kitty. With back to back surpassing albums and singles, here’s one more to enchant his fans. This time, it’s back to Tollywood, where Anirudh will be composing music for Nani’s upcoming film Jersey. The news arrived from the horse’s mouth – Anirudh himself as he broke the news on his micro-blogging page. He took the news to Twitter page saying, “Today, @NameisNani completes 10 years in the film world and what a journey it has been Happy to announce that I will be scoring the music for #Jersey @gowtam19 @SitharaEnts Need all your wishes :)” (Sic).
It is worth mentioning that Anirudh’s fame across Tollywood has stretched into far-flung corners. Of course, with a Chartbuster debut with Agyanthavasi featuring Pawan Kalyan in lead role.

Gowtham Tinnanuri is helming this film, which is set against the backdrops of ‘Cricket’. Surya Devara Naga Vamsi is producing this film for Sithara Entertainments.

Sanu Varghese, one of the most noted cinematographers in Indian film industry is cranking camera for this film, which will start rolling shortly by this month