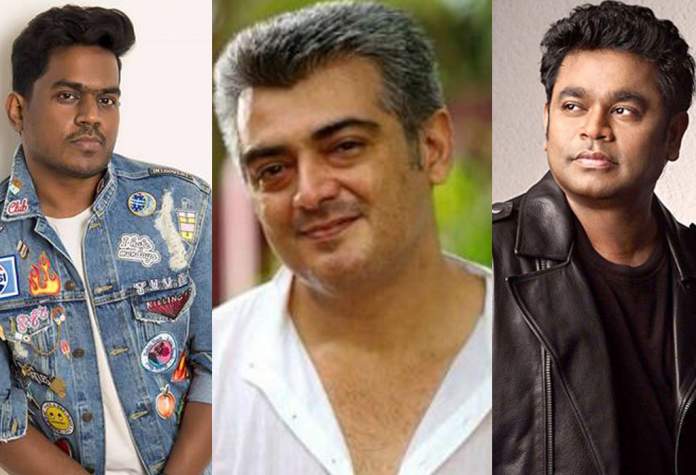 Sometimes, it’s best said that audiences becomes the perfect Public Relations masters in commuting good movies towards the greater reach. Precisely, the fans too become the vigorous PRs when it comes to taking the status of their matinee idols to a high caliber reach. It all started off as a spark when Kolly Buzz hinted the news that AR Rahman is likely getting onboard to compose music for Ajith Kumar’s rumoured remake of Hindi film ‘Pink’. This propelled up the situation to give more into the project with some already claiming that Yuvan Shankar Raja has officially signed up for this film, produced by Boney Kapoor. On the other hand, few sources are citing that it’s true that AR Rahman is composing music for an Ajith Kumar film, but it would be the next after ‘Pink’ remake. All said well, few buzzes come up stating that it’s an unwanted need of hour and it’s a fan made mania to balance up the ‘Sarkar’ sensation, which is trending all over the places on social media pages.

Consequently, the exact report obtained from inside sources is that it is true AR Rahman and Boney Kapoor met over couple of times in Chennai for this film. There are few things that the academy award winner had conveyed him. Seemingly, if it is going to be ‘Pink’ remake, it doesn’t have more scope for music. Accordingly, this might have been the reason behind such changes and preferably, let us await the official confirmation involving the ARR-Yuvan-Ajith combos.